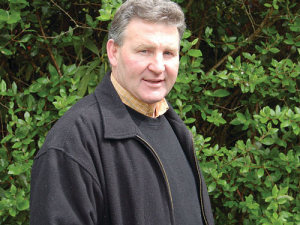 New Fonterra chairman John Monaghan says regulation forcing the co-op to pick milk from farmers is past its use-by date.

Speaking to Dairy News two weeks after his elevation as board chairman, Monaghan singled out the need to secure changes to the Dairy Industry Restructuring Act (DIRA) as the biggest challenge for the co-op.

He says the co-op is looking forward to working with the new Government and Agriculture Minister Damien O’Connor on the DIRA review underway.

“We will push to get rid of the open-entry and open-exit provisions of DIRA; it’s well past the use-by-date.”

Fonterra believes open-entry provision is no longer needed because the industry has become competitive.

Monaghan points out that main purpose of DIRA was to promote competition and to give farmers and Kiwis choices: today New Zealand farmers can choose from roughly 10 independent processors, only five of which are New Zealand-owned.

“Competition is a good thing for Fonterra and we believe competition is here to stay; Fonterra’s milk share has dropped from 91% to 82% because of competition.”

Monaghan says if the open-entry provision is left in place it will “wipe out the progress that’s been made.’

“Because once you have a few processors who’ve made inefficient investment decisions that only stack up with open entry, it has the potential to lead to significant excess manufacturing capacity in the industry.

“This creates a risk of a downward spiral of low-margin competition that will hold back moves up the value chain and ultimately result in business failures.”

Fonterra also points out that it can’t refuse a farmer joining the co-op based on environmental or animal welfare issues.

Monaghan also wants a review of the raw milk regulations, where Fonterra has to supply raw milk at a regulated price to other independent dairy companies.

Companies buy milk from Fonterra at a ‘subsidised price” before processing it and then using it to compete with Fonterra and other New Zealand-owned dairy businesses in export markets.

Monaghan, who took over the chairmanship from John Wilson, has been on the board since 2008.

He grew up on a dairy farm and has current farming interests in the Wairarapa and Otago; he served as Fonterra Shareholders Council chairman before being elected to the board.

Monaghan says the unanimous backing from fellow board members and calls of support from farmers had energised him for the role.

He says serving on the council and Fonterra’s board have helped him develop strong networks both domestically and internationally with key stakeholders.

Over the years Monaghan has also taken been taken a lead role in representing Fonterra’s interests on customer visits and global trade issues.

No apology for delay

Fonterra chairman John Monaghan is making no apology for the time taken to appoint a new chief executive.

“We have had strong external and internal candidates,” he says.

“We are taking our time and make no apology for this.” He says a decision will be made by the end of this year.

Fonterra chief executive Theo Spierings announced in November 2017 that he would step down this year.

The forecast milk payout for this season has gone up by 40c and Fonterra farmers can thank Chinese consumers.

Fonterra has increased the mid-point of its forecast farmgate milk price for 2020/21.