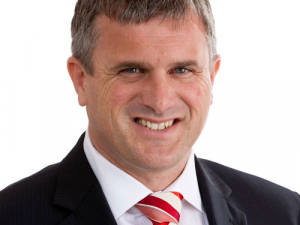 The total forecast milk price is $6.29/kgMS for the season, including 14c premium payments.

That average premium payment will go to Synlait’s Canterbury milk suppliers creating value behind the farmgate with seasonal and special milk progammes such as a2 Milk, Grass Fed and Lead With Pride.

“These premiums reward our suppliers for differentiating milk on their farm. The forecast increase from our 2015-16 premium of $0.11/kgMS reflects a growing number of our suppliers wanting to make more from milk,” says John Penno, managing director and chief executive.

Synlait’s forecast base milk price has been cut from $6.25/kgMS announced in February following a significant drop in the dairy market.

Penno says the company had been signalling to its milk suppliers that the $6.25/kgMS forecast was under pressure because of the market’s rapid downturn. (The GDT price index dropped more than 9% in late February and early March.)

“Gradual price improvements at the end of the season have made up some of the losses taken in March, but those improvements have been too late in the season to maintain the $6.25/kgMS forecast,” says Penno. Synlait’s final milk price for the 2016-17 season will be confirmed in late September.

OPINION: The misery of a2 milk is being passed onto its New Zealand partners, including Canterbury processor Synlait.