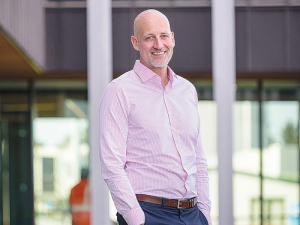 Canterbury-based milk processor Synlait has downgraded its earnings expectation for the 2020 financial year.

A statement released to the New Zealand Stock Exchange in mid-February said the previously announced earnings guidance was for profits to continue to grow in FY20, with the rate of profitability increasing at least at a similar rate to FY19 over FY18.

“Current information now indicates this rate of growth will not be achieved.”

Synlait’s ordinary shares, which stood at $8.29 on February 12, dropped sharply on the announcement and have traded since then in the mid-$6 range.

They had been trending downwards over the past year, from a high of $11.29 in March.

Synlait said the downward revision was a result of:

• significantly lower than anticipated infant base powder sales due to China infant nutrition market consolidation causing a reduction in demand from brand owners who are yet to receive brand registration;

• while Synlait still anticipates growth in consumer-packaged infant formula sales volumes over the full year, this growth is not as strong as initially envisaged. The a2 Milk Company’s contribution to this growth has not changed.

“We remain confident that the decision to focus on our medium to long-term strategic opportunities will over time improve shareholder value and the sustainability of our business.”

Synlait chief executive Leon Clement said new investments had resulted in a higher cost profile, which has not yet been absorbed by an offsetting increase in revenue.

“The pace and quality at which our teams have delivered on recent growth projects has been impressive, and now we are focused on ensuring we optimise these new facilities. In the meantime, we are moderating our costs while we bring our new investments to life in terms of capacity and capability. We remain confident, and on-track, to deliver on our medium to long term objectives.”