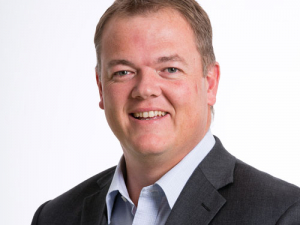 He received the award at the 2017 CFO Awards in Auckland on March 15.

“We’re very proud he has been recognised by his senior peers as a leading young financial manager in the business community,” says Penno.

Since joining Synlait in 2014, Blatch has been involved in a number of initiatives to support the company’s growth. These include the development of a unique financing facility (secured by working capital), improving the efficiency of financial processes and overseeing a new foreign exchange hedging policy.

“Casey also played a key role in the process to dual list Synlait on the NZX and ASX. This was at the same time as a rights issue in October 2016, which was fully subscribed and raised $97.6 million of new equity,” adds Penno.

Blatch says he has had some great opportunities present themselves.

“I know that having strong mentors and an incredible team by my side have allowed me to tackle them head on,” says Blatch.

“For that I’m very grateful and I want to thank everyone who has helped me develop and grow so far.”

Synlait was also a finalist for the Financial Innovation Project of the Year award. The annual CFO Awards celebrate excellence in financial leadership in New Zealand.