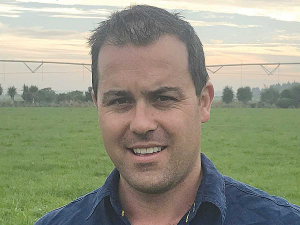 Three candidates have been confirmed for DairyNZ’s director elections this year: Groves, board chairman Jim van der Poel, and Dairy Holdings chief executive Colin Grass, who is also based in Ashburton.

The DairyNZ board has five farmer-elected directors and three appointed by the board.

Glass and van der Poel, both farmer-elected directors, are retiring by rotation and have offered themselves for re-election.

From September 21, levy paying dairy farmers can vote for their preferred candidates.

Electionz.com returning officer Anthony Morton says farmers will have until October 20 to cast their votes.

“Levy paying dairy farmers should vote and have their say for which farmer candidates they believe will best represent their views and guide the direction of the DairyNZ board,” said Morton.

“DairyNZ levy payers will receive a vote pack in the mail from September 21, so I encourage farmers to look out for their pack, which includes information about the candidates to inform their vote.”

Results will be announced at DairyNZ’s annual meeting in Ashburton on October 21.

He is currently involved in a 450-cow equity partnership. He has also served on the New Zealand Young Farmers executive committee.