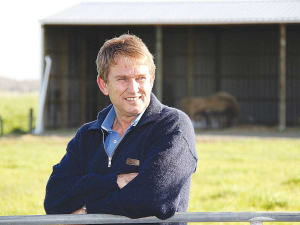 In the past week, Britain has passed what is known as the Internal Market Bill which changes the way that the UK will deal with the contentious issue of the border between the Republic of Ireland and Northern Ireland. The UK has acknowledged that this breaks international law. The EU has said it will take legal action against Britain.

This move by the UK is having repercussions back in NZ. Bailey says DCANZ is concerned that the UK appears to have taken a unilateral approach to change the rules. He says that is quite disconcerting especially given that NZ is in the middle of an FTA negotiation with the UK

“You start to question as to whether they mean what they say and will stick to their word,” he told Dairy News.

“This creates some uncertainty and uncertainty has plagued NZ exporters ever since the whole Brexit thing emerged.

“We still have ongoing action at the World Trade Organisation (WTO) and the rest of the EU around quotas. This latest move by Britain has added uncertainty and is very troubling.”

Bailey says NZ believes that, as far as quotas are concerned, it has a rock solid position because these are historic agreements that are locked in at the WTO. He says any FTA discussions we are having are based on this current access – plus something.

“We should not be negotiating to get something back. Uncertainty is the number one word. We want to be negotiating with good faith with the party on the other side. Your word is your bond and it is something you stick too.”

Bailey says they have yet to be briefed by the UK High Commissioner to NZ and are hoping to meet with her soon. DCANZ are also talking with the Ministry of Foreign Affairs and Trade to try and figure out what is going on.

“There is nothing worse for exporters than not knowing, in effect, what rules they are having to work to,” he adds.

On top of the Brexit issue, there have also been major changes in the top jobs at the EU Commission. This follows the ignominious departure of Trade Commissioner Phil Hogan who was forced to resign for breaking Covid 19 rules in his native Ireland. There are now new EU Commissioners for both Agriculture and Trade. Bailey says this, combined with Covid travel bans, means that building relationships with these new people.

“Relationships are vital in trade and it’s about getting that level of trust and the ability to work things through. Now those relationships have to be developed afresh when you get a change of people and that is real issue,” he told Dairy News.

“With it being harder to travel, virtual is no substitute. It is hard to build a relationship on a zoom call and there is really no substitute for that physical interaction.”

Malcolm Bailey says the Covid story for dairy has been one of remarkable resilience in terms of our market access and trade flows.

He says everything has stood up amazingly well and government agencies in NZ, and elsewhere, have to be thanked for that.

“MPI have dug deep and made things happen. It’s been a standout as to the way we have coped,” Bailey told Dairy News. “Companies have done well and been agile and everyone such as shipping lines and logistic people have pitched in and helped in getting us through,” he says.

While there are problems with Europe at present, Bailey’s confident that the dairy industry won’t fall over because of what’s happening there. He says NZ has diversified its markets over the years and this now paying off.

“Nevertheless, the UK is the world’s number two dairy importer behind China and it’s a great opportunity for us and we certainly want to see some certainty going forward. We want to know what future looks like and the need to plan for it,” he says.

Bailey says while individual dairy companies will work out their own strategies for the future, DCANZ will remain focused on making sure that international trade issues are dealt with appropriately.