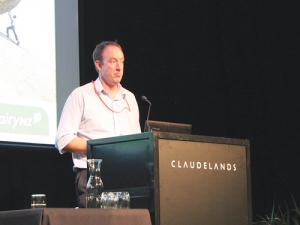 A UK expert has warned that less-than-ideal onfarm biosecurity in NZ could lead to a more widespread outbreak in the event of a serious animal disease epidemic here.

Morley says Hepple had recently holidayed in NZ, afterwards writing: "On farm biosecurity was non-existent in NZ and this would, in the event of a serious disease outbreak such as FMD, likely result in a more extensive spread of disease during the silent spread period, not to mention the cost of additional everyday disease impacts."

Morley says understanding of the 'silent spread' resulted from the 2001 UK outbreak of FMD which showed that by the time the first cow was found at an abattoir in Essex, it was already across 49 UK farms.

Morley asked, if we got FMD in NZ, given our current state of biosecurity for endemic disease, and the way people behave, how far could it spread before agencies such as Ministry for Primary Industries got the call?

"If you are trying to trace 49 farms, that is when you end up with an epidemic and it drags on for six months," he says.

The UK learned the hard way and now has a system whereby if an animal comes onto a farm it can't move off for six days, to try and create a buffer. We should at least consider that here, but would have to calculate the cost-benefit.

But biosecurity has to be kept real and sensible: they are not looking for full decontamination on farms but some basic measures that don't take much time.

Morley says there's no shortage of biosecurity advice available in NZ, as a Google search will show.

"But are we actually seeing any changes on farm? Our challenge is that we are actually not. We are not doing much collectively as a farming industry and as vets."

DairyNZ is spending hours helping influence decisions on velvetleaf, he says. It is in fodder beet seed and is very hard to see as a weed seed. It was grown in Italy and exported from Denmark, meeting all standards; there was no real fault at the border.

"Regardless, now it is on 250 farms in NZ, mostly in the South Island, and probably on more than that; that's just where we know it is.

"It is a very damaging crop, really hard to control, with lots of seeds. It has a 50 year seed bank, and this could impact on how we grow fodder beet and other root crops for dairy production in the South Island.

"If this gets in there you can't spray it out, you can't control it, you can't grow that crop for many, many years, so it's quite a challenge."

DairyNZ head consulting officer in the South Island, Tony Finch, says his first priority has been to get an accurate assessment of the extent of the damage on farms affected by the floods.

West Coast dairy farmers are being urged to make sure they manage the winter carefully and have a Plan B ready in case things go wrong.

Prepare your team well for the upcoming calving season

Spend time with staff and set clear expectations for the upcoming calving season.