Waving the jersey for dairying 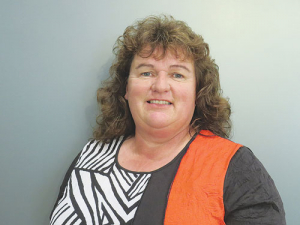 The life's work of a Waikato Jersey breeder will be used to help inspire students about careers in the agri-food sector.

Sixty-one cows from the herd of the late Bobbie Backhouse have been bought by NZ Young Farmers for its Auckland dairy farm.

The 74ha property was gifted to the organisation by Donald Pearson last year.

“Bobbie Backhouse was a passionate Jersey breeder who farmed near Thames. Sadly, she passed away in early 2016,” says Donald Pearson Farm board chair Julie Pirie.

“Her family has decided to reduce cow numbers, so fortunately NZ Young Farmers has been able to buy a portion of Bobbie’s herd.

“They’re beautiful, quiet, registered Jerseys and their breeding goes back about 50 years,” she said.

The cows have all been artificially inseminated and have an average breeding worth (BW) of between 105 and 110.

“They’ve come from a farm with a 10-aside herringbone shed and the Donald Pearson Farm has an 11-aside milking shed, so they’ll feel right at home,” she said.

The cows were bought with money left by the late Donald Pearson, and with the proceeds of selling low-producing animals from the existing herd.

This season the farm will milk 120 cows, an even split of Jerseys and Milking Shorthorns.

“Donald was a passionate Milking Shorthorn breeder. His cows are lovely and quiet as well,” says Pirie.

The Donald Pearson Farm is a mix of rolling hills and steep sidlings, which means parts of the property can’t be milked off. It also has a pocket of native bush.

“The farm can get quite wet. A modern herd home is used to help protect pastures from damage. It’s a real asset,” says Pirie.

Grass silage will be fed in the herd home and a small amount of meal is fed through an in-shed feeding system in the milking shed.

It’s hoped a new effluent system will be operating by Christmas.

The Donald Pearson Farm board has hired AgFirst to supervise the farm. It has employed Tom Ruki as farm manager.

“The priority at the moment is to get it up and running as a profitable dairy farm,” says Pirie.

The property is surrounded by large lifestyle blocks. A plant nursery and a quarry are nearby.

An open day is in the pipeline for neighbours and a stakeholder event is planned for November.

The property will be run as a commercial dairy farm for the full 2018-19 season while its future as an educational farm is mapped out.