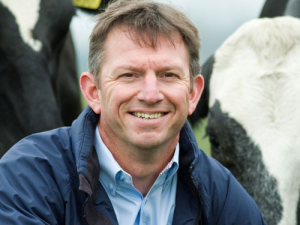 Cows bred for lower levels of MUN are expected to excrete less nitrogen in their urine, which then reduces the amount of nitrogen leached when the cows graze pasture.

At least 25% of the company’s orders this year have been for bulls from the LowN sires group; 40% of Jersey orders and 26% of Friesian orders were for LowN sires.

“We’ve given farmers another tool that can help to manage nitrate leaching with minimal or no disruption to their normal farm management,” says van Elzakker.

“Overall there will be a reduction in urinary nitrogen concentration from the offspring of nearly half a million cows, meaning even as young calves these animals will potentially have a lower environmental impact.”

The Government has a five-year timeframe for improving freshwater quality, as explained by Environment Minister David Parker, Minister for Crown/Māori Relations Kelvin Davis and Agriculture Minister Damien O'Connor. New rules to be in place by 2020 are aimed at stopping the degradation of freshwater.

CRV Ambreed’s head of R&D Phil Beatson says the company’s calculations show that a reduction of 20% in leaching within 20 years is possible by using genetics to breed cows with lower levels of MUN.

“Many farmers are starting to breed in this direction,” he says.

The company investigated the genetics of MUN for five years by analysing 650,000 milk samples.  This research resulted in a MUN breeding value (BV) for all cows measured and for the sires of those cows.