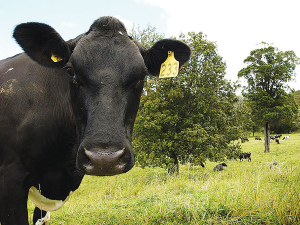 Whether you agree with the science or not, it seems the majority of countries in the western world are on a crusade to mitigate their effect on climate change.

For dairy farmers the offending gasses in the spotlight are Methane & Nitrous Oxide and these will become under increasing scrutiny by the regulators.

Last week I attended a local DairyNZ field day where the DairyNZ consulting officer (CO) did his utmost to bring his audience up to speed with looming changes. In my view, he did a fantastic job given the forum even managing to get some buy-in and a few key points over the line.

Let’s be honest, we are happy to fall in line and do our bit. The last thing any of us want is to leave the next generation in an Apocalyptic wasteland resembling something out of the 1980 movie series ‘Mad Max’. Which seems to be the touted outcome if we don’t make radical changes and fast.

However, information being provided by ‘quoted experts’ just feels a bit one sided and lacking. For instance, we often see presented the methane contribution from cows undergoing rumen fermentation.

But, what would be the fate of the vegetation if not eaten by a cow and left to go through its normal lifecycle decomposing in landfill or in wetlands (where the cousins of microbes living in the rumen would be involved in this decomposition process with similar ‘offensive’ by-products resulting). I suspect the difference between ruminal fermentation (where a large proportion of fermentation by products are converted to milk) and non-digestive decomposition to be minimal if not, possibly even in favour of ruminal fermentation.

Regardless of this discussion on the source of methane in the atmosphere, let’s focus on some of the industry strategies and focus aimed at reducing the methane ‘footprint’ associated with milk production.

Also, there is some pretty cool science being looked at right now such as vaccine development (aimed at knocking out ‘methogenic’ bacteria) and genetic gains in productivity driving lower Methane production.

It appears there is much alignment with adoption of better farming practices and environmental benefits. This is good news, it seems as per cow production improves the greenhouse footprint on milk produced declines. A win – win it would seem.

Lastly, pastures like most plants, possess the most abundant plant carbohydrate biopolymer called cellulose on earth. This is indigestible to humans basically bypassing our digestive tract entirely. To harness the energy from the molecule from digestive processes it must be fermented in the rumen and caecum of herbivores. Ruminants have gone through millions of years of genetic selection to do precisely that. Until science catches up, mankind is reliant on our ruminant ‘friends’ to ‘mine’ the stored energy in these carbohydrate biopolymer molecules to convert them to food fit for the growing population.

Basically, until the boys in the white coats invent a super enzyme capable of being delivered to all available pastures globally that can then be utilised as human food, there will still be a place for modern farming. So farmers remain vigilant looking for disruptors and challenges but in the meantime, keep up your good work.

• Greg Jarratt is a vet and director of Matamata Veterinary Services