How will Northland cope next season? 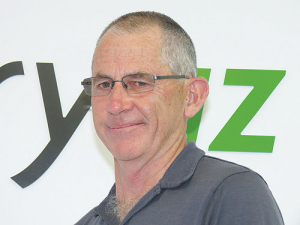 The weather in the next two months will play a big part in how dairy farmers in Northland cope in the new season. That’s the view of DairyNZ’s regional leader in the province, Chris Neill.

Overall he says it’s been a challenging season for dairy farmers in his patch over the past few years and this has resulted in changes being made on farms.

Meanwhile if farmers get a good autumn that will set them up for winter and spring and hopefully mean they have enough feed to carry them through this period.

Neill says Northland has a significant mix of spring and autumn calving herds. Each farm has challenges producing enough pasture at critical times of calving and peak milk. The traditional autumn growth works for autumn calvers, particularly those on free draining soils. Spring calvers this year took a knock from the wet spring then the dry summer but could extend their season with a kind autumn.

Neill says dairy farmers in Northland had hoped for better weather and production last spring to match the improved payout, but the season was “untidy,” he says.

“For a while it looked like the weather was improving and we thought ‘this is good we will get some growth’, but there was a very short window before the summer dry this year. We were concerned during the wet spring because that is a testing time for farmers anyway.

“During the summer drought we supported Rural Support Trust with community dinners to engage with people and encourage them to get off-farm and talk to their neighbours; we reminded them they weren’t the only ones with issues.”

Neill says in his experience farmers cope better with adverse weather conditions than with financial issues such as a low payout. But farmers don’t get any pleasure from having hungry cows.

Conditions are good right now, he says, and many farmers are milking their cows for as long as they can to get close to budgeted production which is close to a win - win.

“For some farmers, knowing the payout for this year but not next year drives their behaviour. They’ll milk on to put money in the bank now, accepting the risks that they might compromise next season’s production. Others say they will absolutely defend next year’s production and they closely manage cow condition and feed supply to achieve that,” he says.