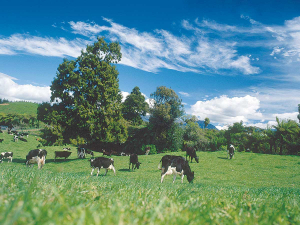 LIC is searching for expressions of interest for a PhD opportunity.

"One of the ways we do this is through our PhD programme, which helps fund staff members postgraduate degree studies."

LIC's PhD programme began in 2010 and four staff members have been funded through the programme.

One of the biggest champions of this programme is LIC molecular genetics scientist, Chad Harland, who completed his PhD in animal genomics in Belgium before bringing his wealth of knowledge back to LIC in Hamilton.

Harland started at LIC in 2008 as a laboratory technician. His PhD study involved five years working on his PhD in Belgium and returning yearly to New Zealand to share his knowledge. Harland has now returned permanently and is working within LIC's Research and Development team where he is utilising his studies.

"While I was picking stuff up fairly quickly, it was useful to have a chance to get a formal qualification and go into depth. When the PhD opportunity came along, it was a chance to take something that was potentially relevant to the comany and dive into it as deep as possible, and do so with one of the world leaders in the field."

Harland says the PhD was great for several reasons.

"For one, I had full funding to do a PhD on a topic that was interesting, supported by the company and so there was not really any woories about funding and there was no worries about having a job. It was a really nice set up, I knew there was a job waiting for me".

For Harland, coming back into a research position that is flexible and focuses on areas he is interested in is very important. This includes returning and seeing his research and work in practice, having direct and measurable impact on people and on the business and the dairy industry. The new genotyping and sequencing platforms for the LIC's Genemark is what Harland spent most of the last year working on.

LIC is seeking expressions of interest for a PhD opportunity available to those who have completed honours or masters degrees and are skilled in genetics and computer science with a background in quantitative, population or statistical genetics.

The successful applicant will be offered a three-year scholarship by LIC and Massey University, focusing on the identification and spread of de novo and high impact rare variants in New Zealand dairy cattle.