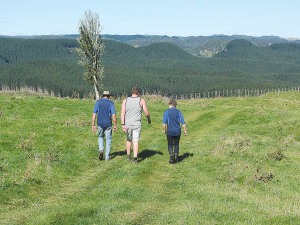 Farmers are crying out for the Government to open up MIQ spaces for more farm staff.

OPINION: From next week, two-way quarantine-free travel kicks in between New Zealand and Australia.

The trans-Tasman bubble is estimated to free up 1,000 to 1,300 rooms per fortnight within MIQ facilities in NZ. The Government plans to keep roughly 500 spaces free in case they are needed following an outbreak. Some facilities will be closed as they are only suitable for those coming from low-risk countries.

For months, the primary sector, including our dairy farmers, has been pleading for more MIQ rooms to bring in migrant workers sorely needed on farms.

However, these limited exceptions aren’t going to go very far with the number of workers needed across the primary industries now and in the coming months.

MIQ space has been continually cited as a barrier for getting the workers we need. But with the trans-Tasman bubble freeing up so many rooms, the Government has a great opportunity to put its money where its mouth is.

Since the first lockdown over a year ago, the Government has applauded farmers and the agriculture sector in general for helping keep our economic wheels turning.

With more beds becoming available, the Government should now allow those with agricultural skills to enter the country.

Federated Farmers rightly points out that with continued low unemployment and the majority of available workers remaining in the urban centres, all of the primary industries are crying out for labour.

Farm Source, a leading job website for the dairy industry, currently lists over 1,100 vacancies on farm, far higher than the usual number for this time of year.

All of the primary industries have been working hard to attract and upskill Kiwis to work on farms, but unfortunately these initiatives don’t address the immediate labour problem.

Farmers need people in our fields, orchards and cow sheds. Federated Farmers has asked the Government to allow 500 skilled dairy staff into New Zealand for the new milking season.

The farmer lobby carried out a survey in March and results showed that 49% of dairy farmer respondents were currently short-staffed; 46% had vacancies unfilled for more than three months; and nearly a quarter had been unable to fill a gap on their team for more than six months.

The Government should not miss this opportunity to help farmers in desperate need of overseas labour. The lack of MIQ rooms is no longer an issue. Farmers are waiting.