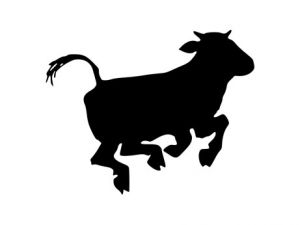 The beautiful bovines have been bringing smiles to people’s faces since 2015 when the idea of the artsy cows first came to fruition. The Herd of Cows project started with 15 life size cows and has now grown to 51 with nine more due in late July.

What the nine new cows look like has been kept under wraps, but the project co-ordinator says they are “more bright and clever than ever”.