No need to destroy the perfect way of farming 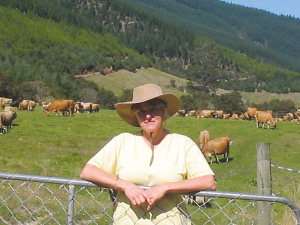 OPINION: Why are we accusing farming and in particularly dairy farming for being the cause, at least here in NZ, for global warming?

Would it by any chance be because it is a lot easier finding a scapegoat to blame everything on than actually cleaning up one’s own back yard first.

The atmosphere now contains 409 parts per million (ppm) of carbon dioxide (CO₂), when it is claimed that it can only cope with 350 ppm without a change in climate. The reason for this is that for the last 200 years, or since the industrial revolution, we have overused the earth’s resources of fossil fuels and by industrialising our farming methods also the humus in the soil: basically an overuse of stored carbon in the ground which we have turned in to CO₂, and methane. All this has made our life as humans more comfortable, but it has come at a cost.

New American research has found that cows in a grass fed system with holistic grazing, as in NZ, builds up 3.6 tons of carbon/ha/year which equals 11.8 tons of CO₂!

They found that beef fed intensively, inside or in feedlots, had a negative effect of 9.6 kg of CO₂/ kg of beef compared to beef fed on a holistic gracing regime which had a positive effect of -6.7 kg CO₂/ kg of beef, meaning that the grass fed beef had a positive effect on the climate by actually binding more CO₂ than they produce! Earlier northern European research didn’t take in to account the relationship between the cows or sheep, the grass, the microbes in the soil and the sun which builds up humus in the soil and that way binds carbon.

This is great for us as farmers, but we haven’t bound the carbon in the soil yet. The sugars turn in to CO₂ again when we or the animals eat the sugars. What we need is to turn it into a stable carbon compound in the soil like humus.

There are two ways to do this. We leave plant matter in the form of roots, plant waste or manure. Some of this becomes humus but 90% turns in to CO₂ again when it breaks down. Like in a pine plantation when the trees are felled.

The other way is that the plants exchange sugars with nutrients in a symbiotic relationship with the microorganisms in the soil.

This process is very efficient and has very little loss. If at the same time we can “harvest” sunlight, as in a NZ gracing system, we can create a rich micro bacterial life in the soil and create the conditions to change CO₂ to humus.

Grass is without comparison the one crop which can create the most photo synthesis. It has a huge leaf matter, is green in NZ all year around and can grow in several different layers so it receives sunlight at several levels.

At the same time grass paddocks have a dense and deep network of roots which is ideal in exchanging nutrients and sugars with the microbes in the soil.

Grass paddocks which are looked after properly in a holistic grazing system with a rotation of stock every 21 to 60 days, depending of the time of year, can generate top soil and bind many tons of carbon/ha/year.

So instead of vilifying the ruminants we should celebrate them. They can help us save the planet if we let them do what they were meant to do, eat grass in a rotational grazing system as the one we have in NZ.

So why on earth do we want to destroy the perfect way of farming and binding carbon to turn the productive, food producing land in to pine plantation desserts with all the fossil fuel use it takes to harvest and transport the trees not to mention the utter destruction of the microbial soil balance?

The only ones who can maintain the holistic grazing system are ruminants. They are our best bet in helping us binding greenhouse gasses from the atmosphere as humus in the soil. So just continue to drink milk and eat red meat but make sure it is from our NZ grass fed animals and you will be helping to save the planet!

• Lone Sorensen is a dairy and sheep farmer in Marlborough.