We can all do our bit 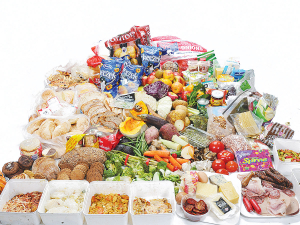 New Zealand households account for more than 157,000 tonnes of it.

July 8 marked the release of Food Waste: A Global and Local Problem, a report by the Office of the Prime Minister's Chief Science Advisor.

The first in a series of reports the OPMCSA will produce as part of a food waste project, it describes NZ's wastage as 'avoidable' and explains why it's such a huge problem - environmentally, socially and economically.

For example, if food waste had been a country in 2011, it would have been the third biggest emitter behind China and the United States.

While more data is needed to know how big the problem is in NZ, a national definition of just what food waste is, is being developed, along with a ‘wholeof- life’ approach to take into account for the environmental impacts from production, processing, manufacturing, packing, transportation and storage to eventual cooking.

The OPMCSA says it will also apply ‘circular- economy thinking’ to guide its project. This means moving away from the current take-makeuse- waste approach to a system where products and materials are kept in use for as long as possible and natural systems are regenerated.

Future reports will also look at the diverse range of crucial stakeholders which have a role to play in combating food waste as well as the government and inter-governmental initiatives already underway.

The OPMCSA report follows on the heels of Rabobank’s Kantar NZ Food Waste Survey of 1,502 people conducted in April.

The three most frequently wasted foods were vegetables, bread and fruit.

Key trends from the survey showed that while Gen Z participants wasted the most food, they were also the most concerned about climate change and dealing with waste.

More than half of the respondents (52%) wanted to learn more about reducing waste.

That’s good given 60% of food dumped at NZ’s landfills is ‘perfectly edible’.

Our national Love Food Hate Waste campaigners will tell you that the 157,389 tonnes of food Kiwis waste each year is the equivalent of 271 jumbo jets of food, which has to go somewhere to rot. Worth about $1.17 billion annually that amount could feed the population of Dunedin for almost three years.

Like many of my generation, I grew up in a ‘waste not, want not’ household and we need to bring that mindset back.

Experts believe the average Kiwi household could save $644 a year by eliminating food waste.

I’ve spent a fair amount of time in past weeks talking to people across the spectrum from farmers and growers to processors and consumers about food production and emissions.

When food is thrown out, the good environmental work of its producers goes with it.

Getting food waste under control in New Zealand is going to be a huge task, but a necessary one, if we are to reduce our greenhouse gases.

And we all need to do our bit.

OPINION: New Zealand is a trading station. We are respected by the world and the best at what we do.