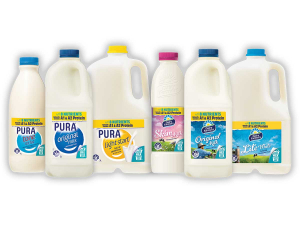 Some of the Australian dairy brands now controlled by Chinese giant Mengniu.

Australian dairy analyst Steve Spence, of Freshagenda, told Rural News that as a result of the Lion Dairy deal, Mengniu will collect about 1.2bn litres of Australian milk.

“So it is one of the big five in the Australian dairy sector,” he said.

Other big players are Saputo, Fonterra, Bega, and Lactalis.

Mengniu also has a hefty stake in the Yashili infant formula plant in Pokeno, just south of Auckland.

Spencer predicts that Mengniu, like other major Australian processors, will face challenging conditions. He notes that Lion was for sale for several years and was drifting as a low-margin commodity milk business in a segment showing little growth.

“The industry has a dwindling milk pool, especially in northern fresh milk regions of NSW and Queensland,” he said.

“Increased competition for milk which will keep milk prices (and hence input costs to the Lion business) elevated.”

The deal could provide Mengniu a big milk pool to send to China in UHT cartons. But Spencer believes it will be a commodity product and not very lucrative. Spencer doesn’t expect Mengniu’s rise in Australia will change the landscape.

“The industry landscape will only change if there is further major consolidation and surplus processing capacity removed, as milk production will not springboard back in the short to medium term.”

Chief executive Stuart Irvine says it believes that Mengniu, a specialty dairy player, is an ideal owner to take the dairy and drinks business forward. He says Mengniu has a track record of investing in the Australian dairy industry.

“Bringing the businesses together will help drive Mengniu growth in the Australian domestic market, while also accelerating aspirations in South East Asia and China.”

The sale of Bellamy’s to Mengniu has ruffled a few feathers.

Former National leader Barnaby Joyce said he is “disappointed to see yet another piece of Australia sold to the Chinese”.

He warned that the Government must ensure Mengniu meets mandatory conditions.

Bellamy’s, Australia’s fourth-largest baby formula producer, already generates significant sales in China. However, the company has been constrained recently because it didn’t have the required approval for its products to be sold in Chinese retail outlets.

Conditions imposed by Treasurer Josh Frydenberg include that Bellamy’s keeps its headquarters in Australia for at least ten years and that a majority of its directors be Australian residents.

It also included that at least A$12 million be invested in improving or establishing infant milk formula processing facilities in Victoria.

The Government says it has enforced these conditions with full knowledge of community concerns that a local baby formula is being snapped up by Chinese customers.