Farmers to power own plant 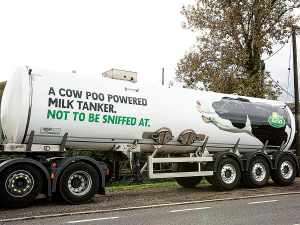 Arla hopes to be a carbon net zero dairy co-operative in 2050.

Arla says it is closing the loop on the renewable electricity produced on-farm in a move that reduces the carbon footprint of Arla's milk, secures farmers a better price for their power and gives the cooperative direct access to more green electricity certificates.

Many of Arla's cooperative farmers generate green electricity for their own farms and for the public grid.

As Arla is looking to increase its share of renewable energy in its operations, the company will now keep the farmers' green electricity in the dairy value chain and provide a better profit for the farmer.

"Arla farmers can help their own company to accelerate the transition to renewable energy while the company can maximise the value of their investments in renewable energy," says Hanne Sondergaard, Arla's head of sustainability.

"This demonstrates how we in our co-operative's micro food system can work together to increase the sustainability of our value chain to the benefit of our owners, our business and the environment."

Technically, the loop is created via the Guarantees of Origin (GO), an EU instrument that proves to a final customer that a quantity of electricity originated from a specific renewable energy source.

Until now, the farmers' only option has been to sell their GO as a commodity for resale, either through a utilities company or a trader. Now though, by selling their GO directly to Arla, the other parties are left out of the transaction and the farmers are rewarded with the full market value that Arla would pay for GOs on the open market.

Genetating 'circularity within its own value chain' is a move welcomed by Arla's chairman, Jan Toft Norgaard.

"With this opportunity, the green energy that our owners produce can be counted as part of our collective actions to make dairy products more sustainable.

"The full profit for the GOs that we are able to secure the farmers with this move has no extra cost for the cooperative and is a positive contribution to the business case for Arla farmers who can consider investing in renewable energy."

In Arla's operations, emissions have been lowered 24% since 2015 and the share of renewable energy used in operations is currently 35%. A continuous increase is part of the ambition to reduce total emission by 30% from 2015 to 2030 and to be a carbon net zero dairy cooperative in 2050.

According to Arla's Climate Check data, 24% of the co-operative members currently produce renewable electricity from wind turbines and solar panels on their farms. As it's mandatory for farmers in Germany and Luxembourg to pass over their GOs for the green electricity to the government if their electricity production is subsidised, the share of owners who can choose to sell them to Arla is currently 14%.

The co-op estimates that around a fifth of the company's total electricity usage in its operations can potentially be covered by farmer-produced GOs.

European co-op Arla Foods says its half-year revenue is up 3%.

European dairy co-op Arla is putting innovation at the centre of its growth plans for the next decade.