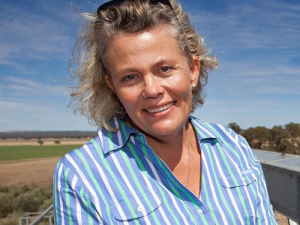 Industry puts the shortfall at about 100,000 sector-wide.

“Our peaches, nectarines, mangos and cherries are almost ripe for picking,” says Simson. “Unfortunately, again this season, growers will struggle to hire the workers they need to pick the fruits of their labour.”

Agriculture Minister David Littleproud has been a vocal advocate for new visa categories since he took office in December.

“This has been a priority of mine since becoming the ag minister,” Littleproud said. “I [want] it this season as I promised and I’m confident I’m close, in consultation with immigration and workforce ministers.”

Simson says farmers are buoyed by Littleproud’s support for a visa, to “cater specifically for the acute skill shortages facing agriculture, including fruit pickers and packers. Our sector already relies heavily on migrant labour”.

She says the industry is keen to develop a domestic labour force but this alone is not the answer.

“Research and experience demonstrates that we need migrant workers to meet the farm sector’s needs.

“Many agricultural tasks are short-term and/or seasonal.