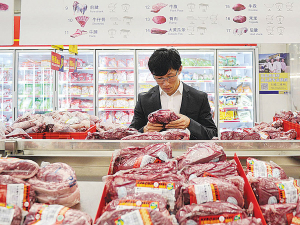 Brazil has suspended beef exports to China while they investigate two cases of 'atypical' BSE or mad cow disease. Argentina has extended export restrictions until the end of October in an attempt to keep a lid on domestic beef prices, which increased over 65% in the country since mid-2020.

"At the moment, we are in the low point of the New Zealand processing season, so we do not anticipate any significant immediate gains forr New Zealand exporters," she told Rural News.

"However, if Brazil isn't able to send beef to China over a longer period, it might seek other markets, including ones serviced by NZ exporters and this could impact us," she adds.

"While NZ will not be able to increase exports to fill the gap, there is a concern that if Brazil cannot access the China markets for a longer period of time, it might seek to diversify and increase its exports to other markets such as Indonesia, the Philippines, the Middle East, and other south-east Asian countries."

Karapeeva says this may impact New Zealand exports to these markets.

Karapeeva says if Brazil stops exporting to China, even for a short period, it will have a significant impact and it will be difficult for other countries to fill the gap.

"Argentina's beef export restrictions will limit its ability to fill the gap and Australia's exports are significantly down due to the herd rebuilding," she explains.

"Uruguay and the United States might be able to increase their exports but wouldn't be able to fill the gap left by Brazil."

A Meat and Livestock Australia (MLA) spokesman says the US appears to be in the best position to capitalise in the medium-term, given improved access into China, continued rising exports into premium Asian markets and tighter supplies out of key competing exporting nations.

MLA notes that, year-to-date, the US has imported eight times more beef into China compared to 2020, and with the USDA currently forecasting beef demand to increase another 6.4% in 2022, the US is positioning itself as a reliable competitor in that country.

According to MLA, the impact of Brazil and Argentina's actions on Australia looks to be limited, considering the supply shortage at home and trade tensions that have reduced Australian access to the Chinese market.

"The cessation of Brazilian exports to China and the extension of Argentina's restrictions will continue to apply upwards pressure on the market in maintaining historically high prices at home.

"However, the recent shakeups out of South America may provide some benefit over time. Given that Australia has the best traceability systems in the world, it can prevent instances like these occurring, which will hopefully be a consideration for China moving forward."

New Zealand's beef exports to China accounted for 8% of its total imports during the year.

The Meat Industry Association (MIA) says it's facing bureaucratic barriers from Immigration NZ as it tries to get sufficient halal butchers for the coming season.