Genetics arm to be folded back into Beef + Lamb mothership 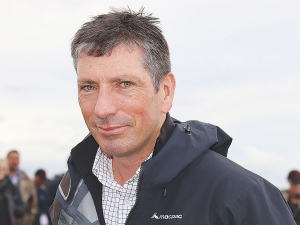 The end of Government funding for Beef + Lamb New Zealand Genetics has prompted a move to integrate the business into B+LNZ as a standalone unit.

B+LNZ Genetics (BLG) was set up in 2013 as a subsidiary, funded in partnership with the Ministry of Business Innovation and Employment (MBIE).

B+LNZ chief executive Sam McIvor says that funding has ended and B+LNZ will now be the sole funder of BLG.

“This is a logical decision for the sector.  It will mean we can more fully power up B+LNZ Genetics’ world leading tools and technologies developed under the MBIE partnership,” says McIvor.

The contract with MBIE made clear the funding would last five years to help pay to develop a world class genetic ‘engine’ for sheep, a B+LNZ spokesman told Rural News.

“It was a capital investment by farmers and Government. B+LNZ [will continue] to maintain and improve that genetics database infrastructure.”

B+LNZ will support the beef programme so current activities can be completed.

BLG is awaiting the outcome of a funding application to MPI’s Sustainable Food & Fibre Futures Fund. This funding would be for beef genetics and supporting farmers to maximise beef genetic progress, the B+LNZ spokesman says.

“In the unlikely event we were unsuccessful, because this is such an important project for the beef industry we would look to secure funding from other sources on behalf of the industry.”

McIvor says BLG’s most direct contribution is its Farming Excellence – a focus on raising farm profitability via better productivity and efficiency and lower costs.

BLG chairman Chris Kelly will act as executive director of the business unit until a new general manager is appointed. A B+LNZ and BLG director, George Tatham, will be interim chairman.

Kelly says B+LNZ will keep supporting BLG’s work, and BLG will be able to make use of the results of work by, for example, the Pastoral Greenhouse Gas Research Consortium.

He says BLGs’ milestones over the past five years have included setting up NZGE, the launch of standard indexes for commercial ram buyers (NZMW and NZTW), introducing single-step analysis (genomic testing) and developing nProve.

BLGs’ outputs will be included in B+LNZ’s business activities. The transition will be completed on October 1, 2019.