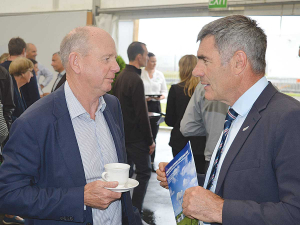 Total institution holdings in Fonterra Shareholders Fund (FSF) declined from 15% to 13% and private wealth dropped from 7% to 5%.

There was also a reduction in offshore investors; New Zealanders now make up 86% of total investors, up 3% from last year. The number of Australian investors dipped 3%.

FSF chairman John Shewan says as Fonterra’s performance continues to improve, it will regain investor confidence. He says the FSF would like to see institutional and private wealth holdings grow.

Shewan says Fonterra’s two years of consecutive losses in 2017-18 and 2018-19 eroded investor confidence. Speaking at the fund’s annual meeting in Auckland last week, he noted that at the start of the 2020 financial year the unit price dipped into the low $3 territory.

This occurred mid-August 2019 as Fonterra advised the market there was going to be a number of write-downs, with an expected loss of $590-$675 million for the previous year.

The unit price recovered in late September 2019 when the co-operative announced the sale of its 50% share in DFE Pharma as part of a strategy review.

Shewan says during the last financial year the unit price broadly followed the NZX50 index, however, it held better than some other listed companies during Covid lockdowns.

The fund allows investors to invest in the performance of Fonterra by buying units, giving them economic rights only and no access to Fonterra shares.

During the 12-month period, units issued peaked at 107 million units on issue at mid October 2020.

Shewan noted the increase was predominantly due to farmer share compliance activity.

When a farmer ceases to supply milk to Fonterra, they have three years to reduce their holding in Fonterra shares.

He says in recent times a number of ceased farmers, instead of exiting Fonterra completely, have opted to sell their shares and buy units simultaneously – effectively transferring their Fonterra shares to units.

“There is a significant portion of retired farmers that no longer supply Fonterra milk who are classified as retail holders in the fund, and it is this group who made up a notable portion of the 4% point increase in retail holdings this year.”