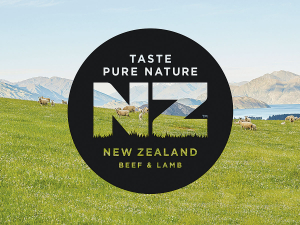 The traditional characteristics of premium today are marbling and exotic provenance such as Japanese Wagyu, which has been stable for some time.

“This is expected to change significantly over the coming years with new market segments and many new views about what is premium developing,” says the report.

This will be driven by increasing interest in how the animal was raised and environmental impacts, social considerations and increasing fragmentation of diets.

It says New Zealand should look to influence the global conversation around food to position the unique attributes of our meat.

B+LNZ is already monitoring social media in some of its key export markets to identify early signals around evolutions of premium.

The industry organisation commissioned the ‘Shaping the future’ report with partners Kantar Singapore. B+LNZ claims farmers and industry partners had asked it to take a lead in understanding future trends.

Another trend reported is ready availability of personalised health data; generated through wearable tech which will lead to highly individual health management regimes.

New Zealand needs to connect with these kinds of consumer segments whose health regimes embrace and even require beef and lamb products with attributes that NZ produces, the report says.

Increasingly, consumer’s purchasing decisions are expected to be determined by algorithms and technology platforms/systems.

The industry needs to learn how to effectively partner with tech players and market to algorithms, in order to land its products in the shopping baskets of the future.

Another trend is the re-evaluation of modernity and taking a greater interest in traditional practices. The boundaries of regenerative farming are still being defined, the report says. Drawing on both its remote location and expertise in regenerative agriculture, New Zealand’s agricultural sector is in prime position to benefit from the pushback against industrialised food production.

The ongoing desire for “total transparency” in an increasingly low trust world is another trend the report identifies.

“Across the world—especially in developing markets —people are losing trust in traditional food brands and retailers and there is growing demand for additional traceability.”

As many countries and companies are already investing heavily in traceability technology (including blockchain), the report says it makes sense for New Zealand to adopt a fast-follower approach – moving beyond batch level traceability to individual farm and all animal species.

It also points to an opportunity to cut out a series of middle-men. The sector needs to get ahead of the business model taking the lead in developing new value chains.

The report advises the sector to leverage predictive analytics as a precautionary measure against hard-to-predict shocks to the food system.

NZ’s meat industry needs to diversify its product offerings, trading partners and routes-to-market, and “have sufficient funding to combat potential bio-security threats exacerbated by global warming to quickly bounce back from any catastrophic shocks”.

The sector should also focus on better linking of tourism with our growers and producers.

“There is a critical role for Tourism NZ and the Government to play. B+LNZ has already formed a partnership with EatNZ to include our farmers within their food tourism ‘itinerary generator’ to allow farmers to communicate this story directly to visitors.

“We will continue to evolve our red meat origin story, Taste Pure Nature, to include more cultural elements,” B+LNZ claims.

The report also identifies a need to uncover new uses for each part of the animal, and redirect our supply globally to where demand commands the highest margins, says the report.

The report also emphasises the need to shift the global conversation around sustainability.

“Across the sector, many NZ farmers already practice elements of regenerative practice and as a sector have agreed to a world-first climate change commitment,” it explains.

“There is an opportunity to both enhance our sustainable behaviour, as well as better telling our sector sustainability narrative, turning it into a unique selling point for NZ red meat.”