City hives a risk to bees 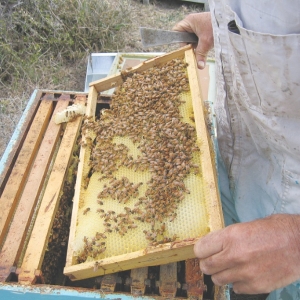 BRITISH SCIENTISTS are urging people in towns and cities keen to help the beleaguered honey bee not to buy a hive but to grow bee-friendly flowers instead.

Francis Ratnieks and Karin Alton at the University of Sussex’s Laboratory of Apiculture and Social Insects (LASI) report in the journal The Biologist that urban beekeeping has never been more popular, particularly in London, but the boom could be bad for honey bees and other flower-visiting insects as it risks overtaxing the available nectar and pollen supply, and potentially encourages the spread of diseases.

Many restaurants, galleries, businesses and shops use rooftop hives as a means of visibly greening their business or as a team-building exercise for staff.

“Both honey bees and wild bees have been declining,” Ratnieks says. “Although the causes are complex the most important one seems to be loss of flowers and habitat…. If the problem is not enough flowers, increasing the number of hives risks making that problem worse… If a game park was short of food for elephants, you wouldn’t introduce more elephants, so why should we take this approach with bees?”

High colony density in London and an influx of inexperienced beekeepers also runs the risk of spreading certain honey bee diseases, especially American foulbrood (AFB), now rare in Britain. The “cure” for AFB, a highly contagious bacterial infection of honey bee larvae, is to burn the hive because it has very long-lived spores that contaminate the wax combs.

Honey bee numbers may have declined but the species is in no imminent danger of extinction, unlike some other critically endangered insects in the UK, they add.