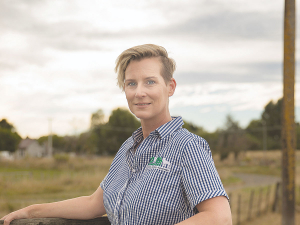 Ovis or sheep measles is caused by the T. ovis tapeworm. Although it poses no risk to human health, it can cause blemishes in sheep meat, which is undesirable for consumers in New Zealand and overseas.

The Ovis Management programme works to promote the control of T. ovis through communication and collaboration and raising awareness of the importance of all dog owners regularly treating their dogs for the tapeworm.

While New Zealand currently has low levels of sheep measles, an outbreak can result in downgrading or condemnation of otherwise healthy animals. Only 20% of Ovis-affected carcasses are detected during meat inspection at processing plants, therefore the higher the prevalence rate, the higher the risk of meat from affected animals reaching the market.

“It costs farmers and processors a lot of money due to condemned stock,” says Simpson. “One concern with Ovis is that if a farmer is not the one sending their lambs for processing, they may not know that they are passing the problem on.”

Data from processors from 1 October 2021 to 30 June 2022 shows that the Southland region had one of New Zealand’s lowest occurrences of sheep measles identified in carcases, despite sending the highest number of animals for processing.

Buller and Westport had no affected carcasses, processing just over 13,000 sheep in total.

The highest number of sheep processed in a North Island area for that period was from Gisborne district, with 694,266 livestock from 431 farms. Of these, 5,355 (0.8%) of carcasses were affected.

Simpson says the data demonstrates that sheep measles can be controlled when farmers take the simple steps of regularly treating their dogs for Taenia tapeworm.

“Dogs can become infected by eating untreated meat or offal, infected with live cysts. T. ovis is then spread to sheep through tapeworm eggs in dog faeces left in grazing areas. Eggs can also be spread from dog faeces over large areas, predominantly by flies,” she says.

“Best practice for dog health and sheep measles prevention is for all farm dogs to be treated monthly with cestocidal (tapeworm) drugs containing the ingredient Praziquantel — a cheap and effective treatment — and an All Wormer every three months.

“All dog owners, such as hunters or farm visitors, who take their dogs near farmland, or where sheep graze, should also dose their dogs every month, because the tapeworm has a 35-day lifecycle and dosing three-monthly is not enough to stop the parasite from spreading. As part of their on-farm biosecurity plan, sheep farmers should make this a condition of entry for all visitors bringing dogs onto the property.”

Rumen acidosis usually occurs in sheep that are introduced rapidly to grain feeding or have been grazed on stubble paddocks where there is a lot of grain left after harvest.