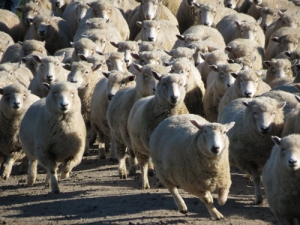 New Zealand’s fine wool sector is a step closer to eradicating footrot thanks to ground-breaking research in sheep genetics.

The FeetFirst project, part of a Primary Growth Partnership between the New Zealand Merino Company (NZM) and the Ministry for Primary Industries, is using genetic testing to identify fine-wool sheep with resistance to footrot.  Researchers are now close to developing a simple test for growers to eliminate footrot using selective breeding.

Estimates suggest that footrot costs New Zealand’s fine wool sector up to $10 million each year in lost productivity and treatment, according to NZ Merino.

“Footrot is one of the biggest barriers to producing fine wool.  It also limits the expansion of fine wool breeds beyond the high country because wetter, warmer conditions are more conducive to infection.”

“The answer will be a simple and effective genetic test that farmers can use to combat footrot through selective breeding.”

Geneticists based at the Animal Genetics and Breeding Unit of the University of New England have done initial tests on the dataset to see how accurately a sheep’s resistance (or susceptibility) to footrot can be determined from DNA samples.

“Genetics plays a major role in fighting footrot because some sheep are genetically less susceptible to the disease.  The development of an accurate gBV will be a major breakthrough in allowing breeders to predict footrot resistance from a single DNA sample,” he says.

The next phase of the FeetFirst project is to further build the accuracy of the gBV through progeny testing of an additional 100 fine-wool rams over the next two breeding seasons.

“We’re making encouraging progress,” says Ferguson. “Ultimately we could see footrot bred out of the New Zealand fine-wool flock. That would be a tremendous result for farmers and the fine-wool industry.”