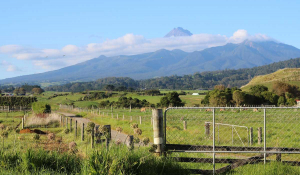 Farm sales went up once again in December 2020.

The median price per hectare decreased 1.6% compared to November 2020.

Otago recorded the only decline in sales.

Brian Peacocke, REINZ rural spokesman, says “Sales figures for the three month period ending 31 December 2020 reflect a further consolidation in the results which have been emerging in recent months, with dairy in particular achieving the strongest December since 2017.

“As is always the case, climate is the uncontrollable variable, so it was regretful that heavy rain and hail in the South Island in December caused flooding to pasture land and severe damage to horticultural crops in both the Central Otago and Nelson/Marlborough regions.

“The degree of damage was such that some growers and orchardists have lost a major portion of their income for the year which is most distressing for those involved,” Peacocke says.

“Of particular encouragement is the resilience of the dairy industry with current Global Dairy Trade Auctions being positive enough to encourage Fonterra to increase both its mid-season price and the forecast for the end of season payment – extremely positive for the dairy industry and for the overall economy.”

Farm sales are dropping, according to data released by the Real Estate Institute of New Zealand (REINZ).