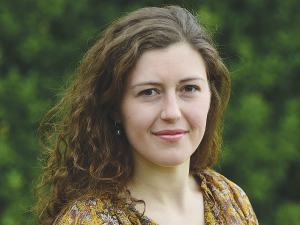 Rabobank agricultural analyst Genevieve Steven says there are headwinds in some of our key markets – particularly China.

She says there are a whole lot of things happening in the world, such as the war in Ukraine and the Covid pandemic, which have broader implications for NZ - especially in terms of inflation and higher commodity prices.

"What we are seeing is a change in the world order in terms of how countries work together and potentially we could see a change in trade flows in the longer term," Steven told Rural News. "In NZ we have a number of things happening around climate change and freshwater regulation coming into place."

She says NZ has experienced record sheep and beef prices over the past year and we've had really stable markets with strong, growing demand for our products, which has helped push prices up. The issue now is that we have headwinds in some of our key markets - particularly China.

"Two things to recognise around China at the moment [are] the really big lockdowns in Shanghai and Beijing; Consumers are in their homes and they are now able to go to supermarkets and ordering groceries online, but the supply chains are absolutely munted," Steven adds.

"As a result, they are having great difficulty getting those online groceries delivered to their homes.

"So, there is really good demand for beef and sheepmeat, but the challenge is for people to actually get the product."

Steven says the other challenge facing China is economic headwinds, with GDP growth forecast to be 5.5% this year. This she says is slowing the economy down, and adds that there are questions around what that country's relationship with Russia is going to look like and how that unfolds, with the risk of sanctions against China.

With this turmoil in China, especially the lockdowns, Steven predicts that our export volume of sheepmeat and beef will be lower over the coming months. She says while prices will remain elevated, maybe a bit of the shine will come off them.

"Bear in mind, there is still good demand there and we have still got really good demand from some of our other markets, such as the US. Over the next three to four months, it's still looking pretty good for NZ exporters," Steven says.

World markets will be affected by the global shortage of grain caused by the war in Ukraine.

Genevieve Steven says Eastern Europe is a major producer of grain and the shortage will affect animal production in the US. She adds that this situation is also being compounded by droughts in the US and Brazil.

On the home front, Steven says high prices in our overseas markets is to some degree masking rising farm-input costs. She says fertiliser prices will remain high for the remainder of the year.

"This is going to have an impact on margins... on the back of inflation in the US and in EU, all of which could impact on consumer spending."

Amid all the turmoil the sector is facing, the mood of farmers is a mixed bag, according to Steven. She says some have got their heads around the situation, while others are overwhelmed by what's happening.