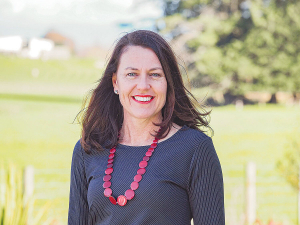 Former Federated Farmers Vice President is among those named as a finalist in the 2022 Arable Awards of New Zealand.

Finalists in each of nine categories have been selected by independent judges for the 2022 Arable Awards of New Zealand, to be presented at a special event at Te Pae, Christchurch, on August 4.

“With Covid, supply chain and workforce disruption, inflation and all the other challenges going on, one might have thought nominating arable industry heroes for awards could slip as a priority,” says Colin Hurst, Federated Farmers Arable Group chairperson and national board member.

But not so, as there were 80 nominations.

“Clearly there are many others who, like Federated Farmers and our Arable Awards partners FAR, United Wheat growers and NZGSTA, recognise the value of celebrating and honouring the leaders and rising stars among our arable producers,” he says.

Judges have named Federated Farmers Southland President, Arable executive member David Birket and immediate past national vice-president Karen Williams (along with her husband Mick) as the three finalists for Arable Farmer of the Year.

“We are excited to bring the Arable Awards of New Zealand to life, an event put together by industry, for industry,” Hurst says.

Agronomist of the Year

Grower of the Year – Grain

Grower of the Year – Small Seed

Grower of the Year – Maize

Arable Farmer of the Year