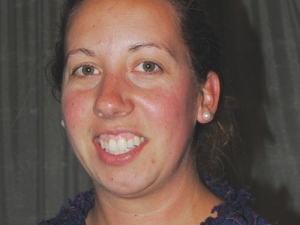 Eat your heart out dairy farmers: even if your pasture is the best in the country it won’t come close to amassing the feed/day a cereal crop can, judging by Foundation of Arable Research  (FAR) findings.

“The triticale was the highest yielding but maybe not the best quality and the wheats were right up there with it,” pointed out FAR researcher Elin Arnaudin during a recent Results Round Up meeting.

Yields across all species were 20-23tDM/ha at the cheesy dough stage, reached in mid-late December. That compares to just 4-5tDM/ha when taken as greenchop at the flag-leaf to booting stage of the crop in late October to early November, she pointed out.

With such stellar growth rates, every day in the paddock means a much bigger stack come harvest, but Arnaudin stressed the 30-46% drymatter window for ensiling mustn’t be missed.

Wholecrop cereal silage taken at the cheesy dough stage is a high carbohydrate, low protein feed suitable for supplementing pasture which would “hopefully” be worth 25c/kgDM, said Arnaudin. Green-chopped crop has a higher protein, lower fibre and starch content.

Taking cereals as wholecrop can reduce growing costs compared to grain and means the paddock is cleared earlier for following crops.

Why would we, as a country, produce low value meat alternatives to stuff in a hamburger for a fast food chain to feed to overweight, disinterested consumers?