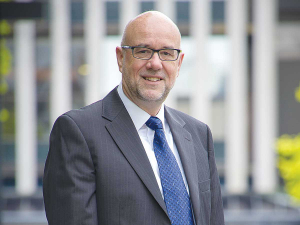 The numbers of students taking up agricultural degrees at Massey University is not really increasing, according to Professor Peter Kemp – head of the School of Agriculture and Environment at Massey.

He says there are isolated areas such as animal science that have gone up. However, in horticulture and general agriculture the numbers are lower than they were a few years ago.

Kemp says this is despite the industry, at the same time, having more jobs. He says it’s really hard to unpack the reasons for this.

“I think there is a general negative press around agriculture, without people realising that these are just challenges that agriculture is having to deal with and dealing with these challenges actually creates job,” Kemp told Rural News.

“For example, if a young person is interested in say greenhouses gases, why not do an agriculture degree and help solve that problem.  I don’t think that sort of message has got out there and that young people are not aware of these exciting professional type careers.”

Kemp says Massey goes to all the major field days such as Central Districts to try and connect with young people, parents and teachers. He believes by being at these events they are largely playing the long-term game to interest younger people. But says there is a need to follow this up later with parents and teachers and other influencers, not all of whom are fully on board in terms of encouraging young people to make a career in ag.

“In some cases, they think it is some sort of a dirty job that is out of sync with the world. But, in reality, they couldn’t be further from the truth,” Kemp adds.

“NZ sells its products in sophisticated markets overseas, so our products have to measure up what trendy consumers with discretionary money want. It’s not just growing a few apples or producing a bit of milk. You have got to really understand that whole value chain and what the customer wants – so along that chain there is basically a job for everyone.”

Kemp believes NZ could take a lead from what they are doing in Australia. In NSW schools they have made an agricultural module compulsory – right through the primary and secondary school system. He says in NSW a student can’t go through the school system without learning a bit about agriculture.

According to Kemp, NZ needs stronger leadership in government to say: ‘jobs in agriculture still matter and that the primary industry is an integral part of our economy’.

He says it is critical to get away from the negative messages about agriculture – such as dirty dairying.

Kemp adds that the messaging needs to be positive and highlight the challenges that NZ is facing and that can be solved by well-paid, smart people in science and other professional fields.

Leptospirosis is not just a dairy farming problem

New research has shown that dry stock farmers are just as likely to be infected with leptospirosis as dairy farmers.