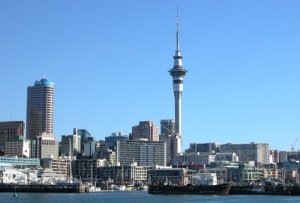 It's a simple equation: If Auckland spreads its housing into our fruit and vegetable production land - we all pay more for food.

Horticulture New Zealand says if more houses are built on the most productive rural land then we can all expect to pay more for fresh vegetables and fruit.

"We know we need a bigger Auckland, but do we want to pay $10 a kilo for vegetables imported from China?" HortNZ natural resources manager Chris Keenan says.

HortNZ is worried the true cost of uncontrolled Auckland sprawl is not understood.

There is food grown now in Pukekohe and around Auckland which cannot be grown anywhere else in the country at certain times of the year.

"If that land disappears under houses, then we will either eat imported product at ridiculous prices, or go without.

"Allowing Auckland city to continue to spread on to productive areas is a food security nightmare waiting to happen."

This issue is far too important to allow any political party, or all of them, to use it to score political points.

HortNZ fully supports the efforts of the Auckland Council to establish a Rural Urban Boundary which is based on thorough research, adequate science and established community need.

It also recognises the need for more housing and has already offered solutions to the Unitary Plan independent panel.

"Food security and food production values need to be part of this discussion. Auckland Council is trying to do this and we will continue to work with them where we can," Keenan says.

While we're on the topic of a higher minimum wage, Horticulture NZ chief Mike Chapman is a clear thinker on this, cutting through the bulldust coming out of Wellington.