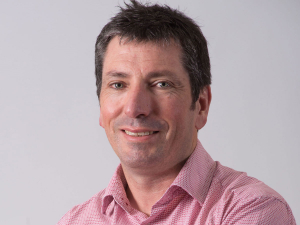 Beef + Lamb New Zealand (B+LNZ) says it is concerned the Government’s support for the Global Methane Pledge, announced at COP26 this week, does not adequately articulate its focus on methane originating from waste and fossil fuel sources.

The Global Methane Pledge commits countries to working together in order to reduce methane emissions by 30% in order to keep global warming within the 1.5-degree target set by the Paris Accord. This target is for the global community and recognises that some countries will need to make greater cuts to methane emissions than others. It is not a 30% reduction in each country’s emissions.

Sam McIvor, chief executive of B+LNZ says that while B+LNZ acknowledges that at a global level methane needs to reduce, it remains concerned that biogenic methane emissions – emissions from animals – are not clearly treated separately in the conversation.

“Minister Shaw has confirmed that there will be no new methane policies or targets as a result of New Zealand signing up to this pledge – but we need to take the public along on this journey, to ensure they understand why.

“Biogenic methane has been stable or reducing in New Zealand since 2001, and the science in the recent IPCC report makes it clear that the way we currently report on emissions, using GWP100, is inaccurate in terms of methane’s contribution to climate change.

McIvor says farmers are already asked to do more than other sectors to reduce emissions with the current target of 10% methane reduction by 2030 in the Zero Carbon Act.

He says the sector is being asked to ‘cool’ within a couple of years while carbon dioxide keeps adding additional warming.

“While today’s announcement may be necessary and laudable, it doesn’t help with the misconception that agriculture is being ‘let off the hook’ by current reduction targets. We need the Government to better tell our story internationally and to the New Zealand public.”

He says the New Zealand agricultural sector, with Government and Māori are already working on the measurement and management of reductions through the He Waka Eke Noa partnership.

While New Zealand is unique among developed for countries in that a significant proportion of total emissions come from methane, this agricultural methane is different from emissions coming from fossil fuels and has a lesser impact on global warming.

The International Energy Agency estimates that fossil methane from the oil and gas sector can be reduced by 75 percent without any new technology. This is the type of methane that is being targeted by the Pledge.