Big grant for Karapiro clean up 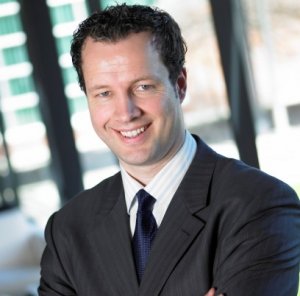 DairyNZ has been granted major funding from the Waikato River Authority's first funding round to undertake a major environmental farm management and monitoring project in the Karapiro area.

The River Authority made its funding announcements today.

DairyNZ has been granted $685,000 to undertake a project to reduce the nutrient and sediment loads in the upper Karapiro catchment of the Waikato River. The project will run over three years. The dairy industry through DairyNZ is contributing at least two thirds of the resources required to complete the project with the funding from the Waikato River Authority estimated to make up the other third.

DairyNZ CEO, Tim Mackle, says the project will show that farmers' sustainability and competitiveness can be further enhanced while providing benefits to the health and wellbeing of the Waikato River and economic benefits to the region.

He says success in securing the funding is extremely gratifying given the Waikato River Authority is only just getting underway.

"For the dairy industry to be able to connect with this new authority so quickly and so substantially augurs well for the future. We have been involved in a number of catchment projects around the country, but this will be the largest. We are expecting significant benefits for both farmers and the Waikato River.

"This is an industry led project and we will be working directly with individual farmers to explore all options and to identify maximum on-farm benefit, we will then ensure there is one-on-one support to implement action plans," says Tim Mackle.

The scale of the 3-year project means there is likely to be significant on-farm and industry capability building as a result of the implementation work.

There will be a number of farm consultants and industry advisors used to provide advice and support to individual farmers which is likely to see an increase in expertise in this area.

In addition to the funding for the project from DairyNZ and the Waikato River Authority, Fonterra, Open Country Dairy and Miraka dairy companies who all have suppliers in the upper Karapiro catchment have signalled their support for the project.