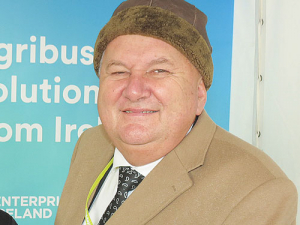 Its recent report on climate change says this won’t get New Zealand to carbon neutrality by 2050 – and the Forest Owners Association agrees.

President Peter Weir claims Jones’ much-hyped tree planting programme needs to at least double – from 1 billion to 2.5b trees. He told Rural News that the 10-year, one billion trees project will have to keep going for another 15 years.

“You will have to keep going at that same high planting rate through to 2050 if you are going to achieve carbon neutrality by offsetting. That is a key thing: trees don’t reduce greenhouse gas (GHG) emissions, trees offset those emissions by locking up the carbon,” Weir explains.

“Our perspective is you have actually got to reduce those emissions. One way to do it is by having a much more grandiose version of Shane Jones’ trees, and that is what the Productivity Commission is suggesting.

“There are other ways of doing it, i.e. fundamentally reducing GHG emissions rather than offsetting – quite a big difference. Forests don’t remove greenhouse gas emissions they just offset them.”

To double the current tree planting is a “massive amount of land use change”. About 1.8m hectares are now planted in forest in NZ, but Weir claims the country will need to plant an extra 2.5m ha.

“So it would be doubling and a bit more the size of the existing plantation estate if we are going to do this by offsetting.

“Realistically you have to reduce emissions – completely getting coal out of the economy, electrifying the transport fleet and then you still have to markedly reduce the GHG emissions from agriculture – if you are going for net zero,” he says.

“It would be a stretch.

“It is up to NZ society to figure out if we want to do that or not. The Productivity Commission has spelled out the pathway.”

Your canine crusader reckons it is ironic – and highly appropriate – that Shane Jones’ $3 billion electoral slush fund the Provincial Growth Fund (PGF) has exactly the same initials as the Problem Gambling Foundation (PGF)!