Boost for ‘stump to pump’ 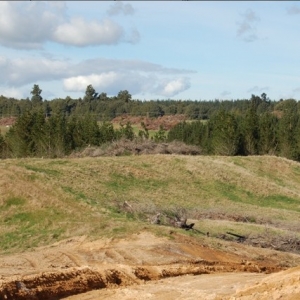 An innovation programme that will pave the way for generating more value from forestry waste by converting it to liquid biofuels is to receive government funding through the Primary Growth Partnership (PGP).

MPI has approved co-funding of $6.75 million for the 14-month 'Stump to Pump' PGP programme.

This relatively short-term PGP programme will study the feasibility, including the cost-effectiveness, of making biofuel from forestry waste. It will determine the commercial viability of establishing a modular test plant to process New Zealand forest waste into sustainable transport fuel.

Currently, the material left over after harvesting and processing, such as sawdust, bark and harvest residue, has little or no value.

"If this material can be used commercially, then we can maximise the value of every tree harvested to the benefit of our primary sector and our economy," says MPI's acting director-general Roger Smith.

"If this technology can be commercialised, the estimated economic benefit for New Zealand over the next 20–25 years is an annual increase in GDP of up to $1 billion and the creation of 1,200 direct jobs."
Primary Industries Minister Nathan Guy says the programme has obvious sustainability and environmental benefits.

Local production of biofuels from forestry waste could be a game-changer for New Zealand and could also reduce the industry's dependency on imported fuel," Guy says.

"Since the PGP was launched three years ago, 16 exciting innovative projects are underway," he adds.