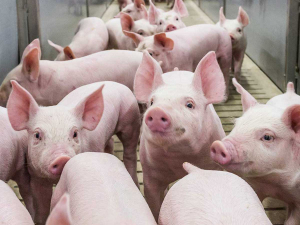 SAFE say that pigs suffered as a result of NAWAC's failure to uphold the law.

The letter comes after the High Court found last month that Minister for Agriculture Damien O'Connor, on the advice of the National Animal Welfare Advisory Committee (NAWAC), had acted unlawfully by not phasing out the use of farrowing crates and mating stalls.

"NAWAC failed to uphold the law, and mother pigs suffered as a result," Ashton said.

"We have animal welfare legislation for a reason, because we recognise that animals have needs. We are calling for better systems that will put animal welfare first."

"A parliamentary Commissioner for Animals will do that, as well as advocated for animals and ensure fair representation of animal interests in Government decision making."

NZALA and SAFE filed proceedings in February 2019 over O'Connor's and NAWAC's failure to phase out the use of farrowing crates.

A mate of the Hound’s wonders just how Agriculture Minister Damien O’Connor is getting along with his 2IC in the agriculture portfolio Meka Whaitiri.

An animal rights group is incensed by the Ministry for Primary Industries’ (MPI) decision to hire a new animal export manager.