Changes ahead for Farmlands 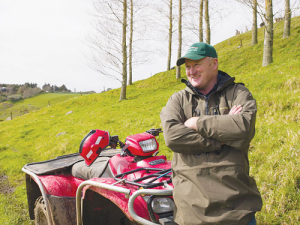 Shareholders in the farm services co-operative Farmlands will be voting on the first big change to its constitution since 2013 at the annual meeting to be held in Hokitika on November 23.

The constitution adopted when Farmlands merged with CRT nearly six years ago set up a 10-member board of eight shareholder-elected directors and two independent appointees. Under the proposal that will go to six and three, respectively.

Chairman Lachie Johnstone said he does not expect the change to be contentious. A number of other organisations have similar structures.

“Often the critical thing for shareholders is whether the elected members maintain the majority and obviously in this instance they do.”

It represents an opportunity to reduce the board by one while increasing the proportion of independents.

“That’s all about building skillsets, bringing in levels of expertise that the organisation can benefit from, and balancing the skills and attributes that shareholder directors bring,” he said.

If accepted, the change would not be immediate. In the meantime, 11 candidates are standing for three places on the board, two in the South Island and one in the North. Joe Ferraby from Seddon, David Jensen from Tauranga and Independent Peter Wilson will all stand down while Rob Hewett (Clutha) is seeking re-election as his three-year term comes to an end by rotation.

Meanwhile, Johnstone said, the co-operative has put in “a good solid performance” for the year.

“The fact that we can return to paying a bonus rebate is I think a very good signal to shareholders.”

It delivered $91m of rebates throughout its stores, the Farmlands Card and Fuel Card. The bonus rebate of $6.1m is to be distributed to shareholders on a 50% cash and 50% bonus share basis.

Johnstone said a bonus rebate was last paid in 2015. At that time the co-operative had been in a “pretty significant growth mode” but then faced a change in market conditions and a significant reduction in spending.

He said dairy is sitting “in a middle-ground” but with uncertainly about its environmental license to operate, and structural issues with Fonterra.

“On balance one would suggest that commodity pricing has been advantageous to us over the last 12 months and we’re seeing reasonable upticks in spending.

“There’s a little bit of negativity there, a bit of caution, and some suggest it’s coming out of the banking sector. I think there’s a slight mismatch between farmer grower sentiment and commodity pricing.”

Meanwhile, chief executive Peter Reidie noted that Farmlands had won a number of awards over the past 12 months, which showed the co-operative was heading in the right direction.

“We have been investing in our people to better serve our shareholders. Winning the KPMG Customer Excellence Experience Award, in particular, was a great boost for our staff as this was our shareholders telling us we were doing a great job servicing them.

“To come out as the number-one brand in New Zealand for the global KPMG Award, against the likes of Air New Zealand, Kiwibank, New World and ASB is tangible proof that the co-operative is moving from good to great, in line with our strategy.”