Changes may lead to unforeseen problems 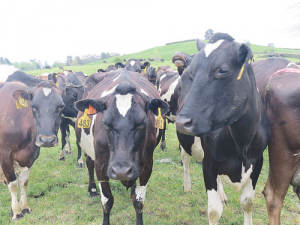 There is no one-size-fits-all approach to reducing nutrient levels, scientists say.

Imposing changes on farming without considering wider issues such as economic and community impacts could cause unforeseen problems out ahead, says Robyn Dynes, science impact leader, AgResearch.

She was referring to Minister for the Environment David Parker saying nutrient limits may be used to reduce cow numbers.

Dynes says requirements or targets for reducing nutrient losses on farms are nothing new in many regions; most farmers are already moving that way.

“While reducing stock numbers is one approach to reducing nutrient loss, there is no one-size-fits-all [solution]. Whatever restrictions are put in place, it is important to recognise that every farm is different and has a different capacity to adapt and change,” she says.

“This is where research plays a crucial role in helping the transition by farmers, including providing better guidance on land-use suitability and technologies such as digital agriculture.”

Many farmers have already changed their systems to meet current and future targets, but the challenge is to meet those targets and make a profit, Dynes says.

“Different approaches can be taken to more efficient use of farm inputs like fertiliser and water, better targeting source areas of contamination, and alternative animal feed like fodder beet and plantain that are shown to reduce nutrient losses.

“A big driver of farming has always been what is economic; now the environment is another important driver. But there are others issues of culture, communities and shared responsibility that we cannot lose sight of.

“The risk is that if changes are made without all of these issues being considered we could end up with unforeseen problems down the line.”

Environment Minister David Parker says that although no direct cap would be imposed on cattle numbers, “cow numbers have already peaked and are going down, yet in some areas the number of cows per hectare is higher than the environment can sustain”.

Professor Troy Baisden, professor and chair in lake and freshwater sciences, University of Waikato, says in many areas we’re already reaching a level of impacts from nutrients that are difficult to reverse.  But how we reverse the course is another issue, particularly because few nations have, she says.

“We already have examples, in areas like Taupo and Rotorua, of real commitment and investment to protect iconic lakes…

“Yet, it’s important to understand that the progress in Taupo, Rotorua and elsewhere is a bit short of what’s required to maintain profitability while reducing stock numbers. And as a result, getting plan changes working in those areas takes years of understanding, thinking and compromise. It tends to lead to a feeling of completion only when everyone is equally unhappy.

“To maintain or improve productivity while reducing stocking, we almost certainly need a more forensic set of tools that can convincingly provide the insights farmers need.

“Those insights can come in the form of ‘gee whizz’ moments, for instance quantifying a huge loss of nitrate over short times on particular soils.

“And equally importantly, we need to find ways to manage a farm to prevent that. In the case of phosphorous runoff, which is also really important, we may be closer with ways to trap the sediment. We have promising techniques but they still need work.”