Conference covers all the bases 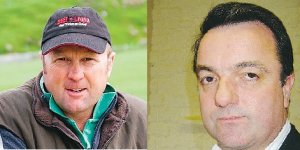 This is the second year running that Beef + Lamb New Zealand and the Meat Industry Association have combined their annual events, a move prompted by the May 2011 release of the Red Meat Sector Strategy.

Introducing the conference, MIA chair Bill Falconer told delegates they should not expect the strategy to be moving at a rapid pace, but the signs are encouraging. “This is about lifting the game right across the value chain and about lifting the value for everyone.”

BLNZ chair Mike Petersen put the ball in delegates’ court to do that, and achieve the strategy’s $3.4 billion added wealth goal. “It’s actually up to the participants in this room.”

Chairing a later session, Silver Fern Farms’ chief executive Keith Cooper noted little had changed since the previous conference in Rotorua. “We haven’t changed anything in the past year. That’s a sad indictment and a lost opportunity in my view.”

“The PGP is starting to reach the point where it will be fully subscribed. I expect it will be by the middle of next year and for the next four-and-a-half years as these programmes work through.”

McNee also touched on biosecurity, predictably defending our systems as “world class” but acknowledging “clearly we can do better. There are areas where we can improve the system but we must get the right balance with tourism and trade.”

Four sectors recently signed Government Industry Agreements (GIAs) and he urged red meat to be “part of these discussions. Kiwifruit was a good example of what happens when we don’t work well together.”

Political commentator Colin James linked to McNee’s biosecurity comments in his presentation, warning greater global “interconnectedness” would make things like PSA “even more difficult to manage in the future.”

Noting that the power in the Government sits with ‘super ministers’ Key, English and Joyce, James questioned whether they’ll implement the Land and Water Forum’s policy recommendations.

“I know David Carter is behind this but I’m not sure Steven Joyce is. I think he finds it an irksome thing and feels it is getting in the way of development.” If the Government does over-rule the forum, such collaborative policy making will be “dead for a generation,” he warned.

If delegates thought New Zealand’s red meat industry is fragmented, European analyst Richard Brown, a director of Gira (British food-and-drink strategy consultancy and researcher), put it in perspective. “Our meat industry in Europe is absolutely, spectacularly fragmented. A very long period of consolidation has been happening, very rapidly, but we’ve still got a huge way to go. It will be very painful for a lot of people, I’m afraid.” That said, he later pointed out our meat companies are “small in the scheme of European and global companies. There is a critical mass at which you can compete.”

As a sheep and beef farmer himself he didn’t like to see local firms and abattoirs taken over and closed down but the “sad reality is it has to happen.”