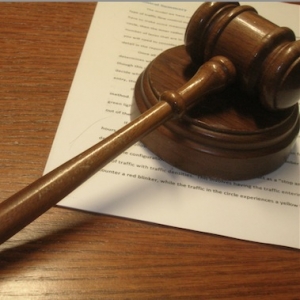 An award winning Waikato sharemilker who copped a $16,875 fine for mistakes made in an environmental farm clean-up should never have been taken to court, says a Waikato Regional councillor.

Bas Nelis, 2010 Waikato Sharemilker of the Year and winner of an environmental award, is reeling after being hit with the fine in the Environment Court in December for authorising work to dig out what he thought was classed a drain on the Okoroire farm.  The work removed pest plants and replaced them with natives.

Nelis was prosecuted for illegally disturbing 1.5km of riverbed and doing earthworks without adequate erosion and sediment controls. The ‘farm drain’ was a direct tributary of the upper Waihou River described by Fish and Game as one of New Zealand’s best spring-fed rivers.

Nelis told Rural News the council knew about his plans and didn’t tell him he needed resource consent.

There’s a fine line between what needs consent and what doesn’t onfarm. He can’t understand the heavy handed treatment – including a search warrant and police –  when they were cooperating. “They were pretty nasty about it all.”

Nelis, who pleaded guilty but did not expect to cop such a big fine, says he hopes other farmers learn from his experience. He offered to hold educational meetings at the site for other farmers to understand their responsibilities under the RMA but this was rejected by the council.

“The whole process was extremely wasteful and there could be a far more productive way. We are substantially out of pocket now and the waterway hasn’t benefitted. We could have spent all that money we spent on legal fees and fines on planting. We are out of pocket as well with the low payout, so it will cut back on our planting for the next season.”

Nelis put his own money into the environmental project although there was no financial gain for him, and farm owner Woodstock invested $84,000 in the restoration work but now also has legal bills, although he was not prosecuted.

“I’m keen for the group to come up with suggestions for what the regional council needs to do to help build a positive and constructive relationship with farmers within the context of our role as a regulatory agency,” he told Rural News.

“We are the only organisation with responsibility for sustainable management of natural resources. This means we can’t, and won’t, ignore actions that significantly damage our environment. Our aim is to work with farmers to make sure they know the rules and get the support and advice they need to look after land and water.”

Meanwhile Cr Husband soon independently plans community meetings to get a change in approach. “I am not comfortable with the policies we have in place, but this action is not pointed at individual staff.”

He wants a more user friendly approach. “That doesn’t mean letting people pour anything into the drains or doing what they like, but having clearer policy so we can actually work with people. The way the policies are written up they can be interpreted in a million different ways.”

THE ENVIRONMENT Court judgment shows the regional council recommended that Nelis be convicted and discharged.

But Judge Melanie Harland decided to fine Nelis’ company Hold the Gold for various reasons including Nelis ignoring an ecologist report advising against bulldozing. She accepted he did not intend to cause environmental harm but says he should have known better given his environmental credentials.

Judge Harland gained the impression the investigation officers at the regional council have been unfairly criticised for their actions in relation to the prosecution.

“I recognise that this decision in all likelihood will not be welcomed by all those in the dairy farming industry,” Judge Harland says about fining Nelis.

But this needed to be balanced against community interest and fairness in these cases.