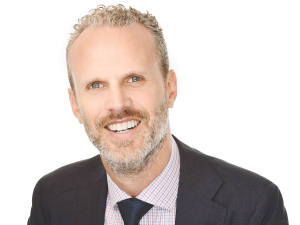 Consumer trust has never been more valuable to the New Zealand food industry and will play a major role in its future success.

That’s the view of a visiting international agricultural expert, Tim Hunt, general manager of RaboResearch Australia and NZ, from Sydney.

He told the Horticulture Conference 2019 in Hamilton in July that winning and sustaining consumers’ trust is very complex and it’s an increasingly precious commodity for NZ food producers.

“In both cases, the attributes customers are looking for are not self evident at the point of purchase or when they consume the food. So to win their business and hopefully extract a premium it is vital that food producers win their trust.”

But he cautioned that earning and maintaining consumers’ trust is now more complex than ever.

“Trust in companies, the Government and regulators is declining and the integrity of the food industry is under attack by media and documentary makers.

“We’re also seeing a shift to online food sales, which is changing the environment in which we are building consumer relations, and new technology creating the capacity of consumers to trace product through the supply chain.”

Hunt cited a recently launched app, now used in Australia to verify free range egg labelling, as an example of how organisations outside the food industry are using technology to influence consumer perceptions of food brands.

“Australian consumer advocacy group Choice hasn’t been happy with the standards the Government and industry set for free-range eggs. So they’ve set up their own app to download to your phone, which you can use to scan cartons of eggs labelled as free range in the supermarket.

Hunt says industries that succeed in building strong consumer trust there are big rewards, and the NZ food industry is well placed to do this.

“It won’t be easy, but winning this trust starts by setting high standards of food production and supply chain management that aren’t too far out of whack from what local communities and customers expect,” he said.

“And it’s sustained by consistently meeting those standards time after time and year after year.”

Hunt told the conference it will also be essential for the NZ food sector to capitalise on evolving technology to highlight the strong provenance and health and welfare story that’s already in place.

“We’re going to see more technological developments which enable us to trace the standards of food in the supply chain,” he said.

“And it’s essential that NZ food producers use this technology to tell the NZ food story and put the industry on the front foot, because if they don’t they risk outside groups stepping in and shaping the story in this valuable area.”

Dairy commodity prices have shaken off the past year's uncertainty, entering 2021 with a strong price trajectory.