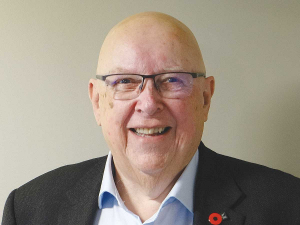 RCNZ chief executive Roger Parton says time is fast running out to get the problem sorted.

Waikato Federated Farmers dairy chair Ben Moore told Rural News he drove a harvester for half a day on his farm recently to make grass silage.

Moore, who drove a harvester in the UK for four seasons, is expecting to be called up again by the contractor.

He says farmers are trying to help out contractors as best as they can, but the situation is “crap”.

He says contractors are trying to mobilise all locally-available resources to get all the jobs done, but it’s an uphill battle.

He says hiring suitable locals remains an issue for contractors.

“At a meeting to try and help put jobless people into contractor jobs recently, it was mentioned to contractors that their drug and alcohol policies were too tough and needed to be relaxed.

“The last thing anyone wants is someone high or drunk driving a million dollars worth of machinery that weighs 25 tonne or more.

“It seems we cannot win.”

Moore says the new Government must sort out the mess.

However, another 25 have been unable to secure vouchers for quarantine.

“They just can’t get vouchers until mid-December,” he told Rural News.

The Government allowed RCNZ 210 overseas drivers, however only 149 have gone through the process of getting visas.

Parton says some drivers withdrew after getting their visas because they either don’t want to travel or the UK has gone into a lockdown.

“The whole thing is falling apart…it has only been a partial success.”

He admits initially there was a delay on “the immigration side of things”.

“We all did not understand the process, but that’s been sorted out now. We have established good contacts with key immigration officials should any urgent case arise.”

The Government allocated an extra 100 rooms at quarantine facilities, but Parton says they were snapped up like “tickets to a rock concert” by people wanting to return home for Christmas.

Parton says RCNZ remains hopeful that something can be sorted out but he admits that time is running out.

He says securing quarantine rooms in January would mean the drivers would come out of their two-week isolation as the harvesting season is winding up.

Parton notes that it’s not just the rural contractors who are suffering.

“It’s not just us. The horticulture sector and others also need people for the short term, but we have reached a choke point.”

Andrew Olsen acknowledges that he inherited a well-organised trade association, but thought it needed a few changes to the direction it was travelling.

A Waikato dairy farm which began its first riparian planting project 20 years ago now stands as an exemplar for rural land users, backed by science and clever long-term planning.