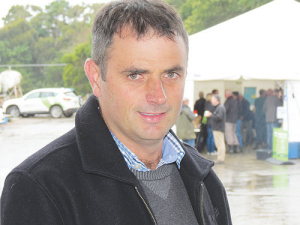 Children of dairy farmers are being bullied at school, just because of the work their parents do.

This was revealed by DairyNZ director Ben Allomes, speaking at a dairy farmers’ forum in Manawatu recently.

Allomes says such behaviour is terrible, and it seems the campaign against dairying is being ramped up as the September election draws near.

Dairy farmers are becoming very sensitive to criticism and feel ‘got at’ by the mainstream media, he says.

“When we start hearing more of the negative media stories it impacts more on us and we are more critical of ourselves and more aware of the impact.

“When you read and hear nothing but negative media stories it brings you down and you are more sensitive to it.

“Farmers get out of bed to do their best for their family and the rest of their country but then get cut to pieces. It isn’t pleasant… especially for kids at school being bullied.”

Allomes says DairyNZ is trying to change attitudes to dairy farming and trying to help farmers deal with the pressure of the past two years.

He’s personally looking forward to the end of May and the start of a new season, he says.

“It’s been a wet, hard season and although milk prices are recovering there is almost a feeling of shell-shock or post-traumatic stress syndrome. We feel with milk prices having come up we should be happy but we are not as happy as we should be.”

Allomes says the past season’s wild fluctuating weather, with floods and drought, have combined with market uncertainty to stress many farmers.

He now rates morale in the dairy industry at 6 or 7, much higher than 12 or even six months ago.