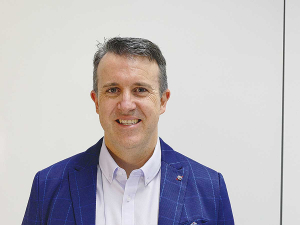 The fourth straight drop in whole milk powder (WMP) prices in last week's Global Dairy Trade (GDT) auction has prompted at least one bank to shave 10c off the forecast milk price for this season.

However, the season which ends on May 31, will still deliver a record payout for Fonterra farmer suppliers. The co-operative has a midpoint forecast of $9.60/kgMS.

"This prices fall is significant enough to warrant a 2021-22 milk price forecast downgrade," he says. "On this basis, we have trimmed our forecast by 10 cents to $9.50/kgMS."

However, the bank is sticking to its opening forecast of $9.25 for the new season. Penny says he still expects this dip in Chinese demand will prove temporary as this Omicron wave will eventually pass and Covid restrictions will thus ease.

WMP price have fallen almost 14% in the last four auctions.

The price fall was not just limited to WMP. Butter and anhydrous milk fat led the price falls, plunging 12.5% and 12.1% respectively. Cheddar posted the next largest fall, sliding 8.6%.

"At this stage we continue to expect that generally this price weakness will prove temporary. The experience in other countries is that Omicron waves eventually pass. And in Shanghai at least, this seems to tentatively be playing out."

ASB economist Nat Keall points out that China's Omicron outbreak woes have seriously disrupted the local dairy market, with raw milk being diverted away from fresh milk and into powder, meaning the market has been well supplied in the near term.

Keall also notes that NZ milk production is down 5% year-to-date as of the end of March, while global production looks likely to be flat at best this season.