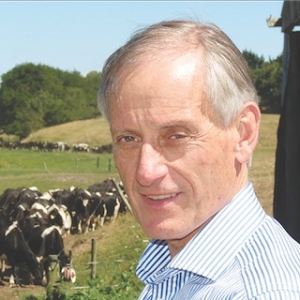 The $16 million, seven-year scheme is intended to be a ‘game-changer’ in the production and marketing of venison. It is expected to raise the industry’s turnover by $56m a year – by the scheme’s culmination – and to reverse the decline in the size of the national deer herd.

$16m will be spent – $7.4m from the PGP during the scheme’s life and the balance from DINZ and its commercial partners.

“Our farm-raised venison is arguably the best red meat in the world, but a major investment is needed to achieve its market potential. Only with the support of PGP will Passion2Profit have the resources to create the step changes we need.

“We are over-reliant on the European market. Demand there is seasonal and not in step with New Zealand’s venison supply.”

“The first is branding and positioning lean, tender, farm-raised venison as a luxury red meat sold year-round in new markets and market segments. The second opportunity is helping farmers adopt systems and technologies for them to deliver the venison that markets want, when it is wanted.”

Coup says the project is supported by farmers, processors and exporters.

“A highlight is the support of the five processors who represent 95% of the venison produced in New Zealand.  Alliance Group, Silver Fern Farms, Firstlight Foods, Mountain River Venison, and Duncan and Co are working on industry agreed quality standards and support the concept of marketing venison under a single brand into new markets and market segments.”

Other supporters are the New Zealand Deer Farmers’ Association and the deer branch of the NZ Veterinary Association.

“Survey data tells us many farmers would like to improve the performance of their herds, but they lack the latest technology in a form they can apply to their individual farms.

“While we have several programmes in place to promote technology adoption, we don’t have the resources needed to drive this at the pace needed to position the industry for future growth. Passion2Profit will enable us to do this.”

The PGP aims to boost the value, productivity and profitability of farming via investment by government and industry. It enables New Zealand to keep pace in primary sector innovation.

When the two recently approved schemes are under contract, there will be 18 PGPs.

Government funding is paid out on receipt of invoices for work done as agreed in advance.