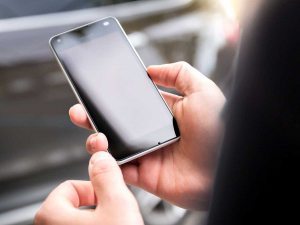 The shutdown of Sure Signal devices is being met with criticism.

A decision to shut down Sure Signal devices has some rural people up in arms.

All Sure Signal devices will be turned off from 10 December, a decision Vodafone says is because the devices utilise 3G technology so are outdated.

Vodafone says it is partnering with the Rural Connectivity Group to build more rural digital infrastructure. It claims these sites will predominantly include 4G and VoLTE technology, as older 3G technology is eventually going to be superseded by 4G and 5G technology.

The company adds that all Sure Signal devices sold since late 2019 have included a sticker on the box warning customers the technology would expire in December 2021.

Vodafone says customers will be able to utilise Wi-Fi Calling, available across most mobile devices.

“Technology is continually evolving, so we need to keep retiring unsupported legacy devices including Sure Signal to make way for newer and more efficient options,” says Sharina Nisha, Vodafone’s head of network services.

“With the Rural Connectivity Group building more cell sites in rural NZ, and lots of Vodafone mobile network upgrades in recent years, the mobile network footprint has expanded,” she says.

However, Rural Women New Zealand (RWNZ) board member and technology convenor Claire Williamson says the decision will cut off many rural customers from the outside world.

“Most Vodafone Sure Signal customers have been told that the service will be turned off on 10 December – this cuts off the mobile network to thousands of rural families,” Williamson says.

. She adds that while Vodafone has assured customers that they are able to use Wi-Fi Calling, this option isn’t feasible for many.

“This action from Vodafone means that there are many rural residents who will no longer be able to send and receive texts, pxts or MMS for business and personal reasons. Nor will they be able to use two-factor authentication – they are effectively cut off,” Williamson claims.

“Visitors to rural properties – such as rural service providers, family and friends – will not be able to access the mobile network either and we are hearing of many who are concerned about that.”

Vodafone says is attempting to allay these concerns through Wi-Fi Calling.

To use Wi-Fi Calling, customers need a voice calling enabled mobile plan and an eligible phone with the latest software updates installed and Wi-Fi Calling turned on.

Currently, Vodafone sells 46 phones with Wi-Fi Calling enabled, and a further 30 will be available on the market in the coming months.

“Wi-Fi Calling is a great alternative for people with little or no cellular connectivity, for example in rural locations or businesses operating in buildings with thick walls,” Nisa says.

Getting broadband to everyone

OPINION: Recent episodes of Fair Go have highlighted the difficulties a number of rural people have in getting access to quality, reliable broadband and how tough this makes their lives.