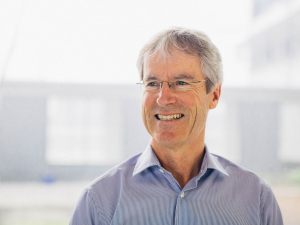 Constrained supply of AdBlue comes in the wake of international shortages of urea - a critical ingredient of the product - which two of the world's biggest producers (China and Russia) having limited urea exports in an attempt to secure their own domestic supply.

Closer to home, Australia is signalling that they could have serious problems keeping up with internal distribution network demands, if they are not able to resolve urea supply constraints.

“International urea shortages highlight the critical importance for New Zealand to have surety of supply through local manufacture," he says.

“We’re already seeing global freight challenges, and without GoClear (AdBlue) we could end up with domestic freight issues as well. New Zealand’s freight and transport industries could literally come to a standstill, and have major flow-on effects for many sectors - including food shortages, increased food prices and the interruption to the supply chains which sustain economies."

Ballance's Kapuni site is primarily focused on the manufacture of urea for nitrogen-based fertilisers for agriculture.

“In late November, we supplied one of New Zealand’s biggest AdBlue distributors with 1,000,000 litres of GoClear (AdBlue), at which time the domestic market was within days of running out of diesel fuel additive. You can see how big this is, we produced approximately six months’ worth of GoClear (AdBlue) in three weeks," says Wynne.

GoClear (AdBlue) is made up of 32.5% high-quality urea and 67.5% high-purity demineralised water. At peak manufacturing, Ballance is able to provide significant quantities of GoClear (AdBlue) to the New Zealand market and says they are committed to uninterrupted supply to all its major customers.

“Ballance’s primary focus is providing New Zealand farmers and growers with the nutrients they need to produce the food we eat. Our shareholders rely in the domestic trucking industry as well to ensure supply chains can deliver to end consumers. We’re committed to helping both industries be successful.”

The rising cost of diesel on the Chatham Islands is threatening the profitability of the island's main economy of farming and fishing.

Australian trucking industry has the blues

The Australian Trucking Association is flashing its headlights to warn of a worsening situation with supplies of Diesel Exhaust Fluid (DEF) throughout the country.

Thoroughbred ute will cut it in town, country

Large passenger vehicles seem to lost favour in suburbia, giving way to utes as the macho movers and shakers.

While the modern farm tractor runs almost exclusively on a diet of diesel, over the years we have seen derivatives running on bio-diesel and one unit out of Germany that ran on pure rapeseed oil (Canola).

With the increasing use of AdBlue as an additive to diesel powered vehicles to reduce exhaust emissions and with more storage needed, Sebco Fuel Storage Systems launched a new range of storage tanks at National Fieldays.