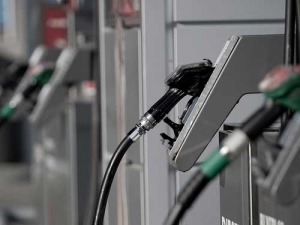 While the modern farm tractor runs almost exclusively on a diet of diesel, over the years we have seen derivatives running on bio-diesel and one unit out of Germany that ran on pure rapeseed oil (Canola).

The first blue New Holland tractor showing the ‘gas’ engine was based on a T6.140 model with a modified chassis to cradle a 3L, 4-cyl F1C engine, more commonly found in Fiat vans and trucks.

The unit also had a new drop box to reduce engine speed from 3500 to 2200rpm and nine methane storage tanks giving 300L capacity or around 52kg of compressed gas. The rear end of the tractor was standard T6, and outputs were similar to diesel at 136hp and 350Nm torque.

First results were a tractor with much lower running costs and smooth, quiet operation; the negatives were a mere half-day running time and the wariness of operators about sitting next to nine gas cylinders pressurised to 200 bar.

Fast forward to today and the concept of a more ‘regular’ tractor: the second evolution takes a New Holland T6.175 unit fitted with a 6L FPT engine. This ‘structural’ model has no need for a modified chassis of the modified drop box to reduce engine speed. Output is around 179hp and torque 740Nm, comparable if not better than the diesel powered norm.

The tractor’s range is still a negative: about half a day. Development will centre on larger gas storage tanks, perhaps around the front ballast or even carried on implements, and volume matched to suit the job in hand. – Mark Daniel

A 1981 model 1884 County tractor was recently sold at the Cheffins Collectors Sale to a buyer in Ireland for a staggering amount.

Tractor helps contractor up his game

Motueka contractor James Lea’s says his new McCormick X6 430 VT drive tractor not only has the traction to go anywhere, it also makes him more efficient.

If you want a sneak peek at Kubota’s vision for the future, look no further than its Concept-X tractor recently unveiled in Kyoto City.