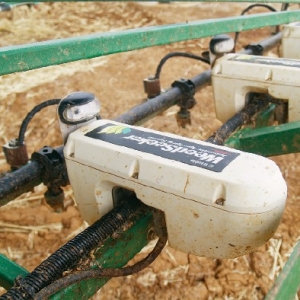 The Environmental Protection Authority (EPA), in partnership with Agcarm and WorkSafe New Zealand, is launching a campaign to increase awareness about the importance of wearing the right safety gear when using farm chemicals.

The campaign directly addresses the "she'll be right" attitude toward using safety gear.

More than 260 stores will be participating in the campaign, including PGG Wrightson, Farmlands, RD1, ATS and nine independent stores. In addition to the posters and flyers, articles and advertisements based on the posters will appear in the stores' marketing and trade publications.

HortNZ, Federated Farmers, Rural Contractors and WorkSafe NZ are also distributing campaign materials through their Safer Farms programme. More than 150,000 flyers will be passed out during the campaign.

The campaign runs from July 2014 to coincide with the start of the peak sale of agrichemicals - from late winter to spring.

The campaign is designed to address an estimated 600 to 900 New Zealanders dying every year from exposure to hazardous substances. Although, there is no evidence that any relate to agrichemicals, Agcarm member companies are behind the intent of the campaign.

Agcarm chief executive Graeme Peters says "The health and safety of people and the environment is a key driver for our member organisations. This demonstrates their commitment to that".

"It's also important for manufacturers' of agrichemicals to have clear label statements regarding safety precautions for their products including describing what safety equipment is needed for each use – like our members do.

"I would like to commend our members for supporting the campaign and dedicating their time to this," Peters says.

The Environmental Protection Agency (EPA) is unapologetic in the face of criticism by Horticulture New Zealand (HortNZ) that it needs to speed up its approval of crop protection products.